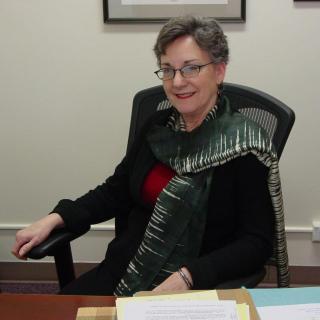 Jane Hanawalt has been engaged in the practice of law since her graduation in 1988 with a degree of Juris Doctor from the George Washington University School of Law in Washington D.C. Following her admission to the State of Virginia Bar she worked for eight years in the Office of the General Council, United States Department of Agriculture before moving to California and joining the Law Firm of Jon York & Associates in 1996.

Between 2001 and 2004 Jane, together with her husband, enjoyed a lengthy sabbatical, sailing the Pacific Coast of Mexico and the Sea of Cortez, on a full time basis, aboard their 38' sloop.

Returning from this sojourn, Jane resumed the practice of law as a partner in the Berkeley, California firm of York, Hanawalt & Brock.

In 2008 Jane and her husband relocated to Florence, Oregon and opened a fine dining restaurant in this small coastal village. After a year of hard work in this enterprise the restaurant was sold to the staff and Jane opened her current offices here in Florence.

Contact & Map
Hanawalt Ferguson, Attorneys at Law
327 Laurel Street
P.O. Box 1153
Florence, OR 97439
Toll-Free: (541) 997-2635
Notice: Due to Covid 19, our office is closed to the public. We are conducting business by telephone, email, ZOOM, and on the front porch (weather permitting) with masks for all participants.
Email Jane C Hanawalt
Download vCard