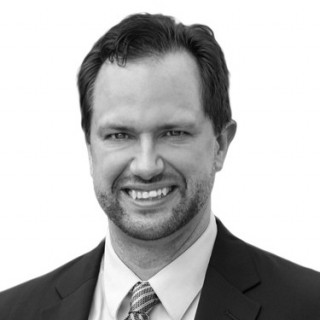 Jarod Bona's practice is focused on antitrust, business litigation, appellate, real estate, and challenges to government conduct. He practiced at DLA Piper and Gibson, Dunn & Crutcher for a dozen years before starting his own firm. He also clerked for Judge James B. Loken of the Federal Court of Appeals for the Eight Circuit. Mr. Bona won a bench trial, as first chair, for a client involving fraud claims and up to US$2.5 million at stake. In 2012, Mr. Bona played a major role in achieving summary judgment and a Federal Trade Commission dismissal with no action for his client in antitrust challenges to the client’s loyalty discount programs. He also recently filed an amicus brief to the United States Supreme Court on behalf of his client in FTC v. Phoebe Putney Health System, Inc., arguing that a market-participant exception should apply to state-action immunity from the antitrust laws. Mr. Bona is a frequent commentator on competition developments, and writes several articles each year for a variety of publications. He is also a Non-Governmental Advisor for the Unilateral Conduct Working Group of the International Competition Network, which is an international body devoted exclusively to competition law enforcement with members representing national and multi-national competition authorities. In 2010, his article "The Diminishing Role of the Private Attorney General in Antitrust and Securities Class Action Cases Aided by the Supreme Court" was honored with the Burton Award for Legal Writing Achievement. This article was also cited by Chief District Judge B. Lynn Winmill of the Federal District of Idaho in In re Micron Technology, Inc. Securities Litigation. Mr. Bona graduated cum laude from Harvard Law School in 2001, where he was a John M. Olin Law and Economics Fellow and Senior Editor of the Harvard Journal on Legislation.

Burton Award for Legal Writing Achievement
Burton Foundation
2010
For my law review article: "The Diminishing Role of the Private Attorney General in Antitrust and Securities Class Action Cases Aided by the Supreme Court"

United States District Court for the District of Minnesota

United States District Court for the Southern District of California