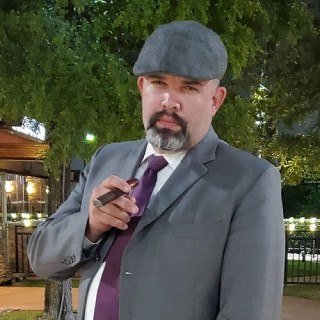 Mr. Van Dyke was born in Troy, Michigan and moved to Texas in 2001 to complete his undergraduate degree at the University of Dallas (B.A. - Politics - 2003). He matriculated to Stetson University College of Law in January of 2004 and earned his Juris Doctor and a certificate of concentration in advocacy in 2006. He was returned to Texas and was admitted to the bar on February 8, 2007 (having passed the bar examination the summer prior to his graduation from law school).

Since becoming licensed, Mr. Van Dyke has served as general counsel for numerous companies in the credit and collections industry including Langbert Financial, Inc., Haller Harlan & Taylor, CMB & Associates, Tucker Albin & Associates, and White Jacobs & Associates. He is currently employed as an associate attorney at The Marsala Law Group, where his practice areas include criminal defense, civil litigation, and bankrupcy. In addition to to Texas, Mr. Van Dyke is licensed to practice law in Colorado, Georgia, and the District of Columbia. He is also licensed to practice before numerous federal courts, including the U.S. Supreme Court and the 5th Circuit Court of Appeals.

Outside the practice of law, Mr. Van Dyke is an avid hunter and shooter. He is certified as a Grand Master Waterfowl Hunter by the Ultimate Waterfowlers Challenge and as a distinguished expert in pistol by the National Rifle Association of America. Additionally, Mr. Van Dyke is certified as a pistol instructor and range safety officer by the NRA. He is a member of numerous 2nd Amendment and conservation organizations including an endowment life membership in the NRA and regular memberships in the Texas State Rifle Association, Ducks Unlimited, the National Wild Turkey Federation, the Dallas Safari Club, and the Texas Trophy Hunters Association. He is currently working toward completing his first "Grand Slam" of wild turkeys and preparing for his first Elk hunt. Mr. Van Dyke also enjoys riding motorcycles and playing D&D Beyond.

Certificate of Concentration in Advocacy
Stetson University College of Law
2006