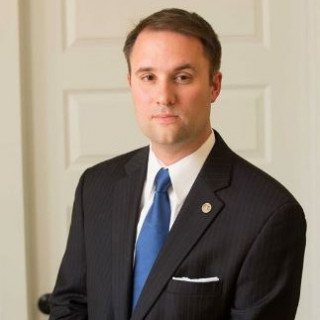 Jason Miyares is a well-known figure in the Hampton Roads community. If you are facing a traffic violation, reckless driving charge, tenant/landlord issue, contract dispute, or other litigation issues, you need an experienced courtroom attorney! Jason has years of courtroom experience and previously served as a former prosecutor (Assistant Commonwealth’s Attorney) for the City of Virginia Beach, Miyares worked to keep our most violent criminals off our streets and our families safe. He handled over 600 cases and had over a 90% conviction rate during his time as a prosecutor. Prior to his service in the Office of the Commonwealth’s Attorney, he was a successful real estate and business attorney with Faggert & Frieden, P.C.

He has served as a Senior Advisor and Counselor to Congressman Scott Rigell, Currently, Jason Miyares also represents the 82nd District (Virginia Beach) in the House of Delegates in the Virginia General Assembly where he serves on the House Courts of Justice Committee, Courts of Justice Civil Subcommittee and the Privileges and Elections committee. He is also a past lecturer for the Virginia Beach Bar Association Continuing Legal Education(CLE) courses and speaker at Virginia's Judicial Transportation Safety Conference. In 2013 he was asked and set up former Virginia Governor Bob McDonnell's Legal Defense Fund.

Miyares attended elementary and high school in Virginia Beach, graduating with a Bachelor’s in business Administration from James Madison University and is a graduate of the College of William & Mary School of Law, where he served on a law journal, the Law School Honor Council, William & Mary Trial Team and was a Finalist for the Institute for the Bill of Rights Moot Court Competition. He is the Past President of Cape Henry Rotary where he was a Paul Harris Fellow, Past Chairman of the Hampton Roads Young Republicans, Founding Member of the Hampton Roads Federalist Society, Member of the Virginia Beach Bar Association,

Veteran Welcome Home Ceremony, Welcome Home Ceremony
2016
It was such an honor to be asked by Father Nigel Mumford to provide short remarks to his "Welcome Home Ceremony" for our Veterans. Probably the most moving was all the veterans, especially our Vietnam Vets, entering into the sanctuary to be cheered and applauded, some for the first time since the conflict ended. To see the faces of those that served overcome with emotion was a moment like none other.

Legislator of the Year
College Affordability and Public Trust
2019

Board of Veteran Services
Member
Current

Jason Miyares, Esq. is the lead litigation attorney with Hanger Law firm. Jason is dedicated to zealously representing his clients in and out of the court. Whether it is tenant/landlord matter, contract dispute, or complex litigation. Jason will take the time to discuss the details of the matter with his clients, understand his clients' goals and come up with the best solution to solve their legal problem.