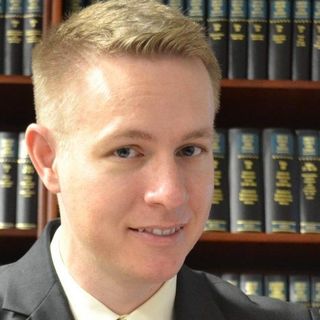 Jason Carnell's higher education began at the University of Central Florida in Orlando. While there, Jason majored in History and graduated Magna Cum Laude. Jason also minored in Aerospace Studies upon joining UCF's Air Force ROTC Detatchment. After completing his Reserve Officer Field Training at Barksdale Air Force Base, in Shreveport, LA, Jason commissioned as a 2nd Lieutenant in the United States Air Force on May 5th, of 2000. Jason spent 4 1/2 years on active duty, mostly in the Florida panhandle. He was ultimately promoted to the rank of Captain. Just prior to his Honorable Discharge, Jason was awarded the Air Force Commendation Medal for his service. Following his discharge, Jason spent nearly 2 1/2 in the residential construction industry. Jason worked as a construction manager, supervising the building process of homes costing as much as $1.4M in Orlando, FL. His efficiency and attention to detail resulted in his being hand-picked to construct his company's Design Center in Panama City, FL and, later, to rescue a failing community in Fayetteville, GA. The collapse of the housing market brought hard times for everyone, Jason included. Undeterred, Jason applied to Georgia State University's College of Law and was accepted to begin study in the Fall of 2007. Accustomed to a fast pace, Jason interned for the Georgia Department of Law and the City of Atlanta's Law Department, all the while taking an overload of courses so he could graduate a semester ahead of his peers. His work ethic, again, paid dividends. Jason graduated Cum Laude in December of 2009. Since that time, Jason spent nearly 2 years practicing as a Criminal Defense attorney followed by nearly 2 years practicing, mostly, Civil Defense. In addition, Jason has handled multiple plaintiff's cases including, personal injury, breach of contract and employment discrimination. In March of 2014, Jason decided it was time to start his own firm and The Carnell Law Firm, LLC. was born. Jason currently h

What you should do if you're involved in a car accident

The short answer is: Call the police. It's important to protect yourself in the event that the driver of the vehicle, that hit you, is insured. If he/she is not, and you don't file a report, your uninsured motorist policy may not pay for any damages and you'll be forced to use your comprehensive policy...if you even have one.

What to do when the other person's insurance company won't fix your car.

If you've been involved in a car accident in Georgia and made a claim for property damage with the other driver's insurance company and, for some reason, they won't fix your car or won't give you a fair value for your car you have the ability to set them up to pay Bad Faith damages and attorney's fees.

Expungement, Record Restriction and Pardons just got better for people in the State of Georgia

SB288 just passed the Georgia legislature and is set to be signed by Gov. Brian Kemp. It increases the scope of expungement/record restriction to include a lot of misdemeanor convictions. It also allows for people who have received pardons to have their record restricted as well, dramatically improving the lives of people who have paid their debt to society and are trying to move on with their lives.