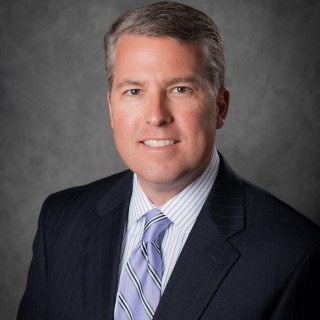 Jason Reese represents victims of personal injury, medical malpractice and wrongful death. Growing up in Northwest Indiana, he attended the University of Arizona on academic scholarship and graduated at the top of his class. Jason obtained his law degree from Indiana University in 1997 then founded Wagner Reese in 2000. Over the past two decades, the firm has established a track record of unparalleled success and a reputation as the preeminent personal injury firm in Indiana. Jason is involved in several pro bono and community activities, including serving as Past President of the Board of Directors for Centerpoint Counseling, leader of the Grace Church development team and Executive Board Member for the Neighborhood Christian Legal Clinic, a faith-based, non-profit that provides critically-needed legal services to over 14,000 low-income Hoosiers per year. Jason also serves on the Board for EDGE Mentoring, a dynamic mentoring organization devoted to building the next generation of godly business leaders in our communities.

Jason's peers recognize him one the best lawyers in Indiana. Beginning in 2003, the Indiana State Bar Association named him “Outstanding Young Lawyer of the Year”. In 2005, Jason was named “Forty Under Forty” by the Indianapolis Business Journal as one the most dynamic business and community leaders in the Indianapolis metro area. From 2004-2018, Jason has been repeatedly named an Indiana Super Lawyer and recognized by attorneys as a lawyer in the top 5% of his practice areas as published in Indianapolis Monthly and Super Lawyer magazines. More recently, Jason was named a Fellow by the Indiana Bar Foundation, and in 2013, named “Top 100 Trial Lawyers” by The National Trial Lawyers. He is a member of the Multi-Million Dollar Advocates Forum and rated a superb “10.0” rating as a Medical Malpractice Attorney by AVVO. In 2016 and 2018, Jason’s peers voted him a Top 50 Indiana Super Lawyer.

Mentor of the Year
College Mentors for Kids, Inc.
2017