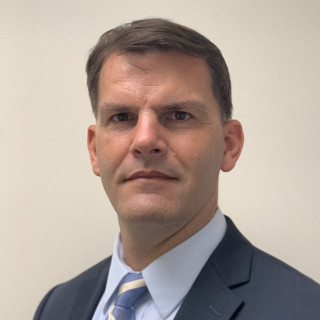 Mr. Liebenguth specializes in defending military service members facing court-martial, NJP, administrative proceedings, and criminal appeals for allegations of rape, sexual assault, fraud, drug offenses, violent crimes, and all other military offenses. Although based in Hawaii, his practice is worldwide and he may be reached at 888-748-1780.

He is a retired Marine Corps military attorney and a former Coast Guardsman. He is a graduate of Amherst College, Emory University School of Law, and Marine Corps University Resident Command & Staff College, where he received a Master’s Degree. In 2006-2007, he deployed with 2d Battalion, 3d Marines to Haditha, Iraq, the unit whose combat deployment is the subject of the 2019 book: The Warriors of Anbar: The Marines Who Crushed Al Qaeda—the Greatest Untold Story of the Iraq War. Mr. Liebenguth later worked at the Pentagon and taught military law at the United States Naval Academy. He has also been an invited speaker at military criminal-law conferences in California and Washington, D.C.

As a result of his success, Mr. Liebenguth was recognized as the “Silver C.A.A.F. Tongue” award winner for arguing more cases than any other military appellate defense counsel.

Mr. Liebenguth has litigated cases involving accusations of murder, attempted murder, sexual assault, child endangerment, drug violations, and most other UCMJ offenses. He is licensed to practice law in the Supreme Court, the Court of Appeals for the Armed Forces, and all military courts.

Court of Appeals for the Armed Forces (C.A.A.F.)
Admitted to Practice
2009 - Current

Q. NJP restriction question
June 3, 2021
A: They could try to NJP you or take the suspended pay for "attempted" breaking of restriction. Depending on all of the circumstances, however, you could argue that you did not have the specific intent to break restriction (e.g., it was just an oversight on your part and you corrected the matter once reminded by the NCO). Put differently, for attempt crimes you have to have a "guilty mind"--meaning you would have to have specifically intended to break restriction when ordering the pizza, rather than a mere oversight. If it looks like your command is coming after you for the matter, you should speak with an experienced military law attorney so you can go over the nuances of the circumstances. Hope that helps.

Q. Discharged from the army. RE4 code/General under honorable conditions
May 21, 2021
A: There is always some chance, but how much of a chance really depends on the totality of the circumstances in your case, including the reason for your separation. In order for your RE4 code to be changed, you generally first have to petition for your discharge (general under honorable conditions) to be upgraded. If it is upgraded by the discharge review board (DRB), they can then determine whether your RE code should also be changed. Here, you would most likely be hoping for an upgrade to an RE3A code--meaning you could get a waiver to reenlist. You should speak to an experienced military attorney so you can describe all of the circumstances (not a good idea to do on a public forum) and have them give you a straightforward assessment of your case. Hope that helps.

Q. Marine corps Sofa license in Okinawa Japan
May 16, 2021
A: Most likely an orders violation under Article 92 and/or some Article 134 charge for engaging in conduct that is prejudicial to good order and discipline. If your buddy truly didn't know the situation, he should be alright regarding your driving and license status.

Military law and appeals attorney, Jeff Liebenguth, discussing some of his more memorable military appeals cases. Mr. Liebenguth is a Hawaii based military defense attorney that represents service members around the world that are facing court-martial, NJP, adverse administrative action, and all other UCMJ related matters.

Can Military Investigators from NCIS, CID, OSI, and CGIS Lie to a Military Suspect?

Military investigators and law enforcement can lie to a military suspect during investigative interrogations. Military case law is clear on this matter. So, for example, investigators could tell a military member suspected of sexual assault that their DNA was found on an alleged victim even though not true. The purpose of such tactics is often to obtain a confession or inculpatory admissions from a service member in an otherwise weak or shaky case.

Jeff Liebenguth, a military court martial lawyer, arguing why a service member is not guilty of check fraud and impersonating a government official. Guilty verdict was set aside.

United States Marine was convicted at a general court martial of three specifications of assault consummated by a battery and one specification each of carnal knowledge, communicating a threat, and kidnapping, in violation of Articles 128, 120, and 134. The Marine was sentenced to confinement for 6 years, forfeiture of all pay and allowances, reduction to pay grade E-1, and a dishonorable discharge from the U.S. Marine Corps. Mr. Liebenguth represented the service member on appeal.

The scientific certainty that usually accompanies DNA evidence can be difficult to overcome--but it's not impossible. Depending on the nature of the allegations and the surrounding circumstances, a court-martial lawyer may be able to use the DNA evidence to show that the accused is innocent. Other times, in sexual assault cases, for example, the presence of a service member's DNA on the alleged victim may be of no moment if the accused is claiming that there was sex, but it was consensual.

I Confessed to Military Invesitigators, Is a Not Guilty Finding Now Hopeless?

Military confession cases are not necessarily hopeless, but they are a lot harder to win. Where a military service member has confessed to a UCMJ violation, their hopes of a not guilty finding at trial will often rest on whether or not their defense attorney can get the confession suppressed. This is no small task, but under the right circumstances a confession or inculpatory admission can be suppressed if the issue is properly and persuasively presented to the military judge.

Hawaii based court martial lawyer Jeff Liebenguth litigating the unfairness of a dishonorable discharge for a Navy service member that was convicted at court martial. The case is U.S. v. Warren and the argument was before the Navy-Marine Corps Court of Criminal Appeals.

Marine service member was found guilty of knowingly possessing child pornography and was sentenced to a bad-conduct discharge from the Marine Corps. On appeal, his conviction was set aside and dismissed. Service member was represented by Hawaii based military attorney, Jeff Liebenguth.

This case involved UCMJ charges against a United States Marine for attempted adultery and conspiracy to obstruct justice. Mr. Liebenguth is a retired Marine Corps military defense attorney that specializes in defending military service members against all UCMJ offenses in court-martial or military adverse administrative hearings.

Military Defense Attorney, Jeff Liebenguth, Arguing at the Court of Appeals for the Armed Forces

Adultery conviction overturned. Jeff Liebenguth is a Hawaii-based court martial lawyers who represents military service members around the world. This Marine’s case began with a sexual assault and adultery charge. At trial he was acquitted of the sexual assault charge but convicted of the adultery. Mr. Liebenguth took the Marine’s case to the Court of Appeals for the Armed Forces (C.A.A.F.) and successfully had the adultery charge reversed.

Recipe for Disaster: A Military Service Member Attempting to Investigate Their Own Case

A military service member that attempts to investigate their own case will almost always find themselves in a worse position than when they started. There are just too many opportunities for mistakes, many of which the service member would never have contemplated. The best practice for a service member is to remain silent and have their defense counsel take the lead on investigative action.

Should A Military Service Member Waive Their Article 32 Preliminary Hearing?

The primary purpose of an Article 32 Hearing is for a general court-martial convening authority to obtain a recommendation from the Article 32 Hearing Officer on whether there is enough evidence to warrant the case being sent to a general court-martial. The standard of proof is very low--a preponderance of the evidence, 51%. A military service member facing an Article 32 hearing may waive the proceeding, but doing so is generally ill-advised unless there is a compelling strategic reason for it.

Military Law and Appeals defense attorney, Jeff Liebenguth, discussing why a military service member should retain legal representation if under investigation by military law enforcement, like NCIS, CID, or OSI. Under military rules, a service member is not entitled to a free active duty lawyer until after charges are brought or the service member is placed into pretrial confinement. This results in a service member having nobody protecting their interests from the outset, which is a mistake.

When's the Best Time to Get a Military Lawyer? As Soon as You're a Suspect or Under Investigation.

Jeff Liebenguth, a Hawaii based military law and appeals defense attorney, discussing that the best time to get a military defense attorney is as soon as a service member realizes they are under investigation or suspected of committing a UCMJ crime.