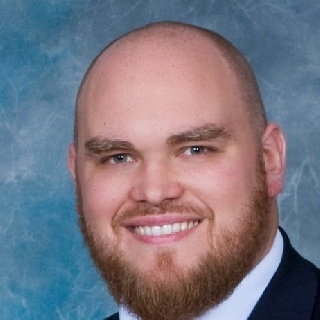 Attorney Jeremiah D. Runkle was born and raised in Snyder and Union Counties. Jeremiah graduated from Meadowbrook Christian School in Milton, PA and then completed his undergraduate degree in Business Administration at Messiah College. Following college, Jeremiah worked in business management for a group of small businesses near Harrisburg, PA. In that capacity, he gained wide exposure to financial, human resource and property management before deciding to attend law school at night at Widener University School of Law. Jeremiah graduated from Widener in 2008 and was admitted to the Pennsylvania Bar in October of 2008. After nearly 10 years in the Harrisburg area, Jeremiah decided to return to his roots and joined Attorney Ax’s practice in January, 2009. Jeremiah serves as the solicitor for several local government entities and is a member of the Pennsylvania Bar Association and the Union/Snyder County Bar Association, where he presently serves as the vice president. Jeremiah also holds his Property and Casualty Insurance license. Jeremiah currently serves on the board of the Greater Susquehanna Valley Chamber of Commerce and previously served on the board of the Greater Susquehanna Valley United Way. Jeremiah is married to Andrea Hoffmaster with whom he has two sons, Griffin and Corbin. When their busy schedules allow, Jeremiah and Andrea take every opportunity to travel. Their favorite destinations include Bethany Beach, Maine and the mountains in the fall. Jeremiah says, “It doesn’t get much better than sitting around a campfire with good friends on a brisk fall evening.” Jeremiah is also a member of the Buffalo Valley Sportsman Association, where he enjoys practicing at the handgun range and preparing for deer season.

Attorney
AxRunkle, P.C.
2009 - Current
We are a general practice law firm with a focus on real estate transactions, estate planning and administration, zoning, land use and land development and municipal law.