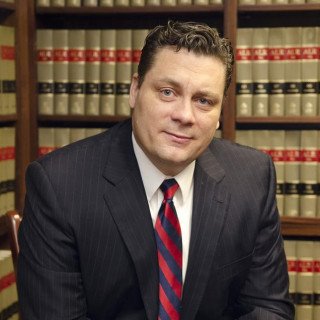 Mr. Jeremy C. Penland is a life-long resident of north Georgia, growing up in Walker and Catoosa counties. After graduating Lakeview-Fort Oglethorpe High School, Mr. Penland enlisted in the United States Marine Corps where he spent four years on active duty service. After being honorably discharged, Mr. Penland attended college in southern California, and received a bachelor’s degree in Economics.
Mr. Penland worked in the banking and finance industry for several years until the complication of the financial markets, at which time he elected to pursue his desire to practice law.
Mr. Penland attended Liberty University School of Law on full scholarship where he served on several committees, including the school's law journal and ADR boards. During his time in law school, Mr. Penland was fortunate to have co-op’d in Washington, D.C., an experience that yielded numerous professional and educational opportunities, including a personal meeting with United States Supreme Court Justice, Samuel Alito. Despite the list of extraordinary experiences, it was interning with the Catoosa County District Attorney's office that influence Mr. Penland to return home and open an office providing legal services to the community in which he was proudly raised.