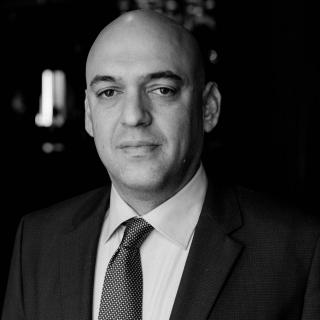 Jerod Gunsberg is the founder and lead attorney of the Law Offices of Jerod Gunsberg. He is a seasoned criminal law defense attorney, representing clients in all California state and federal criminal matters. He focuses his practice on many different types of criminal cases, including misdemeanors, violent offenses, complex narcotics, white collar crime, medical marijuana defense, sex crimes, elder abuse, computer crime and juvenile criminal issues. Mr. Gunsberg spent the early part of his career in the entertainment industry and even owning his own independent record label for a time. When he decided to follow his life long dream of practicing law, there was no turning back. He graduated from New York University where he was a University Honors Scholar. He was then recruited by some of Los Angeles County’s top criminal defense trial lawyers to represent clients on serious felony matters including murders, sex offenses, major narcotics cases, and complex fraud cases at both the state and federal level. Mr. Gunsberg’s notable recent federal matters include a securities fraud and wire fraud case in which the government alleged a $5 million loss; a 2000kg marijuana distribution conspiracy; one of the largest seizures of PCP in the history of the United States; This is in addition to the wide variety of other federal matters Mr. Gunsberg handles, including pre-indictment representation at the early stages of federal investigations. In that vein, he has also worked extensively with federal agencies in defending these types of matters, including the FBI, DEA, Secret Service, Homeland Security, IRS CID, USPIS (US Postal Inspectors), USDA and the Department of Education, among others.

Q. A unanimous vote from the jury is required for a conviction and acquittal?
May 19, 2011
A: Yes. In a criminal case, a unanimous vote is require for both a conviction and an acquittal. If the vote is not unanimous then it is what is known as a "hung jury" (meaning the jury was unable to reach a verdict one way or the other ). After a jury returns no verdict, the prosecutor may re-try the case, the prosecutor may dismiss the charges, or the court may dismiss the charges on its own motion. This will depend on how the jury vote breaks down (how many voted in favor of guilty, how many in favor of not guilty).

Q. Is it a felony to vandalize a street sign
May 19, 2011
A: If the damage to street the street sign is $400 or more, the prosecutor may file the case as felony or a misdemeanor. Whether it is filed as a felony or a misdemeanor, depends on many factors including whether the alleged damage is significantly more than $400, whether the person accused has prior arrests or convictions (especially for vandalism), and the policies of the particular DA's office prosecuting the case.

Have you been accused of a sex crime? Jerod Gunsberg, a criminal defense attorney, addresses the best steps to take for your case. Sex crime cases can be very nuanced...

Have you been arrested for prostitution? Though on a misdemeanor offense, it can have serious repercussions on your life. Jerod Gunsberg, a prostitution defense attorney, goes over the many parts...

Have you been called or approached by the police? Jerod Gunsberg, a Beverly Hills criminal defense attorney, gives advice on how to talk to the police. He explains your rights...

Do you have questions about how the bail bond system works in the state of California? Jerod Gunsberg, a bail bond attorney in Los Angeles, explains the different types of...