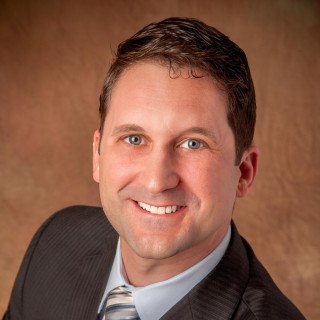 Attorney Jesse Hoffman joined McCathern, PLLC in 2011 from the Texas Attorney General’s Office and now has a thriving business litigation and appellate practice with McCathern, PLLC.

Mr. Hoffman represents some of the most promising and successful businesses in the nation, and is routinely recognized for his accomplishments by both clients and respected legal publications. He specializes in Civil, Business & Employment Litigation, and serves as Outside General Counsel for corporate clients. Mr. Hoffman is licensed to practice in all Texas State Courts, all Federal District Courts in Texas, and in the Fifth Circuit Court of Appeals.

Mr. Hoffman earned his bachelor’s degree from the University of Texas at Austin with majors in English Rhetoric and Political Science and earned a place in the Sigma Tau Delta honors society. He attended Law School at SMU Dedman School of Law in Dallas, Texas where he was employed by the American Law Institute to assist in creating the Restatement 3rd of Torts. Mr. Hoffman earned his J.D. in 2008 and accepted a position as Assistant Attorney General for the State of Texas, practicing in the Law Enforcement Defense Division. While litigating for the Attorney General, he was responsible for some of the State’s most groundbreaking legal victories. Among them, Mr. Hoffman authored the Motion for Summary Judgment, which disposed the most critical legal issues under consideration in Sossamon v. Texas, a landmark ruling that was upheld in favor of the State in a 6-2 decision by the U.S. Supreme Court.

Partner
McCathern, PLLC
2011 - Current
I have a diverse practice including negotiations and litigation for both Plaintiffs and Defendants. My experience is primarily in General litigation, Tort, Civil Rights and Employment law, although my practice is versatile and includes a broad range of practice areas.

Assistant Attorney General
Office of the Attorney General
2009 - 2011
Extensive Litigation, Pleadings, Appeals, and Negotiations: I defend the State of Texas in civil litigation filed against it's law enforcement agencies, and occasionally actions in quo warranto against judges or other elected officials. My practice is primarily in Tort and Civil Rights, and requires me to handle every aspect of litigation from the moment a claim is filed, including the appeal if appeal is taken. Due in part to the number of pro se inmates filing 1983 actions against the state, my division currently handles roughly 1/3 of all cases filed in federal court in Texas. So, in addition to the Texas state cases on my docket, I am fortunate to have a great deal of exposure to the Federal courts in my practice.

ALI Researcher
American Law Institute
2008 - 2009
I conducted a portion of the Tort research that will comprise the upcoming Restatement 3rd Torts. Part of this research required me to build a searchable online database of Tort cases that can be sorted by specific issues and traits.

The College of the State Bar of Texas
Full Member
2010 - Current
Activities: The Bar College is an honor society chartered in 1981 by the Supreme Court of Texas. It recognizes and represents lawyers who make an extraordinary commitment to their professional education.

Eastern District of TX
Since 2009

Northern District of TX
Since 2009

Southern District of TX
Since 2009

Western District of TX
Since 2009