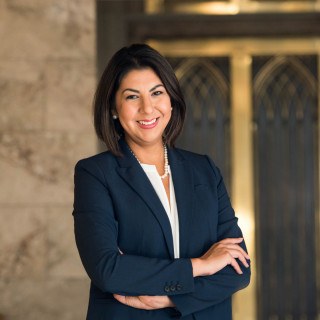 Ms. Estorga has been honored and recognized for her work in the greater San Antonio community as well of the legal community and has continued to commit herself to advocacy both in and outside of the courtroom.

Q. Can I get a temporary order quickly until our current order is changed?
18 June 2020
A: You should consult with an attorney to get a modification and set for temporary orders to address this one issue. Obviously father is going to want his time made up elsewhere, so I'd start brainstorming alternate periods of possession or make up times over holidays to provide as a reasonable solution to present to a Judge.

Q. I just wanted some information about my child support situation and what I can do I’ve never been to court or signed
18 June 2020
A: Best thing to do is call an attorney's office and schedule a consultation. Every legal case is fact specific and they will need to ask you detailed information about your income that is better suited over a private consultation.

Q. do I still have rights if my son if forced to get a job. Can I still legally get him on my weekends
18 June 2020
A: If you are not getting to exercise your possession as ordered by the court, then you should consult with an attorney about an enforcement. If you are okay with your child working and would like to change your dates or times of possession, then you may want to consider a modification.

Tips for Zoom Court Hearings for Attorneys and Clients

Texas Family Law: What is Conservatorship?