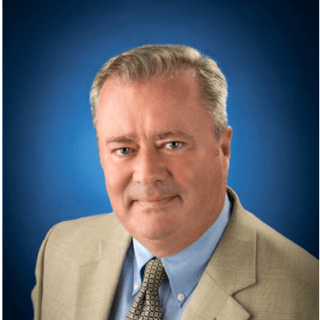 Jim Gochenour grew up in the Fredericksburg area and Westmoreland County, Virginia. He graduated from the preparatory school Woodberry Forrest, received his Bachelor of Arts degree from The College of William and Mary in 1984 and his law degree from the University of Richmond’s T.C. Williams School of Law in 1987. He began practicing law in a small general practice as an associate, then as partner in a firm and then as a solo practitioner. In 1992, Jim was introduced to criminal law from the perspective of the prosecutor when the judges of the 15th Judical Court appointed him the Commonwealth’s Attorney for Westmoreland County. In 1994 he became an Assistant Commonwealth’s Attorney in Hampton, Virginia. During his more than 10 years in that position, he served as Deputy Commonwealth’s Attorney where he supervised a team of attorneys and handled a caseload often comprised of the serious cases such as first degree murders, abductions, bank robberies, and aggravated malicious woundings, not to mention a slew of drug cases. For several years Jim’s duties included the supervision of all DWI trials. In addition, Jim regularly assisted in the teaching of trial skill courses for the National District Attorneys Association. In 2004, the State of Virginia established a Public Defender office in Hampton, and Jim was selected to be Hampton’s first Public Defender. He grew the office to include 14 other attorneys, 2 investigators, 2 sentencing advocates, office staff and an office manager. During Jim’s term as Public Defender he was very involved with the Drug Court on the local and stat