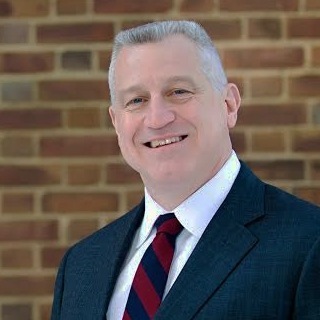 Jim Nugent is the firm’s lead trial lawyer. He concentrates his practice on helping people who have been injured in serious accidents. He also represents families who have lost loved ones. With over 75 trials under his belt, Jim has handled a wide range of legal matters, including wrongful death, personal injury, motor vehicle accidents, tractor-trailer truck crashes, motorcycle accidents, drownings, defamation, infliction of emotional distress, adverse possession, 1983 civil rights, murder, shooting of police officers, burglary, assault, and theft of firearms. Jim earned both his undergraduate and law degrees from The Catholic University of America. He was awarded his bachelor degree Cum Laude in 1986 and his law degree in 1989. Jim is a board certified Civil Trial Advocate, which is a distinction reserved for less than four percent of all practicing attorneys. He is also a 1998 graduate of the renowned Trial Lawyers College. After completing his courses there, Jim was invited to join the staff in 1999. In 2005, he became a member of the board of directors where he now serves in his 10th year as a member of the Board of Directors. Jim has been selected to the Connecticut Super Lawyers® list in Super Lawyers Magazine in the area of Personal Injury from 2007-2014. Jim has earned the AV Preeminent® rating – the highest possible rating from Martindale-Hubbell for an attorney for both ethical standards and legal ability. It is achieved only after an attorney has been reviewed and recommended by their peers – members of the bar and the judiciary. Jim served in the Connecticut Army National Guard as an infantryman for 11 years, where he attained the rank of sergeant. He also served in the Connecticut Governors Horse Guard mounted cavalry unit. Jim has completed numerous marathons and triathlons, including the 2013 Lake Placid Ironman.