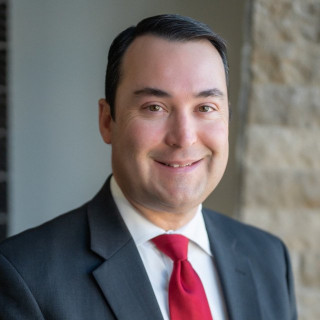 Joel Hand is an experienced and widely respected litigator and registered lobbyist who knows that one of the keys to success is building strong relationships with his clients and providing a personal touch to legal representation. Joel forged his trial skills while working as a deputy prosecutor handling cases of the highest level of complexity including many homicides, drug crimes, robberies, burglaries and even a death penalty case. Now Joel uses his vast experience to help individual clients like you to seek the best possible results and attain your goals. Joel is intimately familiar with the legislative process having worked as the Director of Legislative and Government Relations for a state agency and assisted in the crafting of numerous pieces of legislation over the years. He maintains strong relationships with many current legislators and is active with the Indiana State Bar Association’s Law School for Legislators program. Joel is a 1995 graduate of Indiana University McKinney School of Law and a 1992 graduate of DePauw University with a Bachelor of Arts in Political Science and a minor in Secondary Education. Joel is a private solo practitioner with offices in Indianapolis and Fishers, Indiana. Previously, Joel worked as the Director of Legislative and Governmental Affairs for the Indiana Department of Public Instruction from 2007 to 2009 and on the Department’s legal staff from 1995 through 1996. Joel also worked for more than a decade as a deputy prosecuting attorney in Marion, Hamilton and Carroll Counties during which time he tried in excess of 80 jury trials including a Capital Murder case. For his efforts, Joel has received numerous awards and recognitions including the Indiana Department of Education “Bell Ringer for Education Award” in 2009, the 2007 M.A.D.D. National Prosecutor of the Year Award, the 2006 Indiana Governor’s Council on Impaired and Dangerous Driving Outstanding Prosecutor of the Year Award, the 2005 Indiana C

National Prosecutor of the Year
Mothers Against Drunk Driving
2007

Indiana Prosecutor of the Year
Indiana Mothers Against Drunk Driving
2003

Award of Appreciation
City of Beech Grove
2002
In appreciation for the successful prosecution of Benjamin Ritchie who was convicted of the murder of Beech Grove Police Officer William Toney.

Miles Ahead
Advisory Board Member
2011 - 2017
Activities: Helped design curriculum for the Miles Ahead Teen Safe Driving Program. Serves as a continuing advisor to Miles Ahead founders & C.E.O.

U.S. District Court for the Northern District of Indiana
Since 1995

U.S. District Court for the Southern District of Indiana
Since 1995

Q. I got a warrent that expired for not appearing for a misdemeanor driving while suspended what should I do about it ?
December 14, 2022
A: Just because the warrant expired does not mean that the case went away. The case is likely still pending and the prosecutor could ask for the warrant to be reissued at any time. You are well advised to take this opportunity to try to resolve your case. If you have not been fingerprinted and photographed as a part of this case, there is a good chance that you will be ordered to be processed by the county jail before the case is resolved. You should also the mycase.IN.gov website to see the status of your case at any time. If your license is still suspended, look up your driving record on the BMV website to see why your license is suspended and then try to resolve that issue. If you are able to get your driving privileges reinstated, the prosecutor may be willing to dismiss or reduce the driving while suspended misdemeanor charge to an infraction. It is always a good idea to contact and hire an attorney experienced in traffic law and license suspensions to help you get back to being valid and to represent you in court.

Q. I got a speeding ticket in Indianapolis with the wrong name listed. Can I get the case dismissed?
November 23, 2022
A: Unfortunately, it is unlikely that your ticket will be dismissed if this is the only incorrect information. Transposing your name will likely be considered what is called a “scrivener’s error”. Prosecutors will probably be allowed to amend the ticket to reflect your correct name. If you have additional questions, please contact an experienced traffic law attorney in our Indianapolis area.