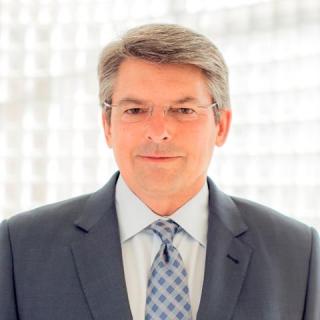 John Alan Jones is the founding member and managing partner of Martin & Jones, where he has worked since he began practicing law in 1982. John Alan handles both trial and appellate work in state and federal courts throughout North Carolina and around the U.S. He heads the firm's medical malpractice group, which is comprised of three attorneys and seven staff members. John Alan dedicates a large percentage of his practice to representing individuals catastrophically injured by medical negligence, defective pharmaceuticals, toxic substances or other negligence. He also devotes a significant amount of his work time to consumer class action litigation and representing small businesses victimized by unfair business practices of major corporations.

Managing Partner
Martin & Jones, PLLC
1982 - Current
Martin & Jones is a North Carolina personal injury law firm founded in 1982. Our Raleigh car accident lawyers have built the firm each day by caring about individuals and families who have suffered injury or harm from the negligence or wrongful acts of others. We have a reputation for taking on tough, serious cases and have successfully represented our clients in claims against some of the largest corporations in America. Our North Carolina mesothelioma law firm takes on cases involving lung cancer and asbestos, dangerous and defective products, medical malpractice, personal injury, and workers' compensation.