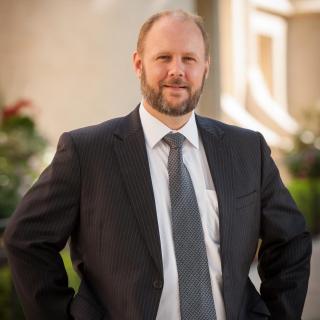 Kidd Defense emphasizes all aspects of criminal defense, including DUI, felonies, domestic violence, post-sentencing, firearms restoration, drug, property and sex crimes. Brendan is an experienced litigator that has been providing exceptional results for clients in Eastern Washington for nearly a decade, previously working with Cooney Law Offices. Strong relationships have helped Brendan build a positive reputation within the Spokane legal community, resulting in successful strategic negotiations on behalf of his clientele. Clients have noted Brendan’s calm demeanor and ability to clearly communicate has helped them make informed decisions in times of uncertainty and emotional stress. Brendan earned his undergraduate degree from Iowa State University and his law degree from Gonzaga University. He is licensed to practice in all Courts in the State of Washington as well as the United States District Courts for the Eastern and Western Districts of Washington. Brendan has spoken at various criminal defense seminars and was recently selected for the National Trial Lawyers Top 40 Under 40 listing. Additionally, he was chosen as a Top Lawyer in Criminal Defense by Spokane Coeur d’Alene Living magazine in 2016.