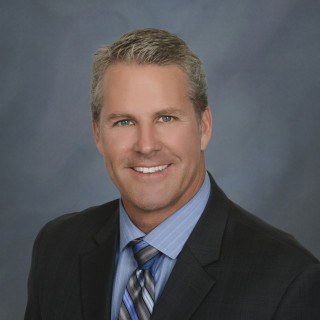 Mr. Christl graduated from the University of Southern California in 1986 and went on to receive his law degree from Thomas Jefferson School of Law in 1992. After a few brief years in civil practice Mr. Christl began his outstanding career in criminal law by joining the Riverside County District Attorney’s Office in 1995. He quickly rose through the ranks winning 99% of his cases and was awarded Prosecutor of the Year and Outstanding Trial Attorney by his colleagues.

In 1998 Mr. Christl moved to Orange County with his family and continued expanding his knowledge with the Orange County District Attorney’s Office. For the next 18 years Mr. Christl was a member of the Sexual Assault Unit, Hard Core Gang Unit, Strike Team, Special Prosecutions, and ultimately supervised the Felony Charging unit in the Newport Beach DA’s office. While in the Special Prosecutions Unit he won 100% of his cases, most of which involved high profile defendants such as police officers and politicians. A few were featured on The Oprah Winfrey Show, Discovery ID, The Talk, and CNN. Mr. Christl was again recognized as an Outstanding Trial Attorney by his Orange County colleagues. Over the span of his career he has completed approximately 120 criminal jury trials and has handled hundreds if not thousands of cases involving DUI’s, Drugs, Domestic Violence, Assaults, Violent Offenses, Embezzlements, Robbery, Burglary, Juvenile Offenses, Rape/Sexual Assault Offenses, and Murder.

As a former Senior Deputy District Attorney with over 26 years of legal experience Mr. Christl knows and understands his opposition from having been on the other side. Now as a Personal Injury Attorney he brings his vast legal knowledge and trial experience to his clients. His tenacity and dedication helps those who have found themselves in an unwanted position regain their life and receive the best possible compensation for their injury.