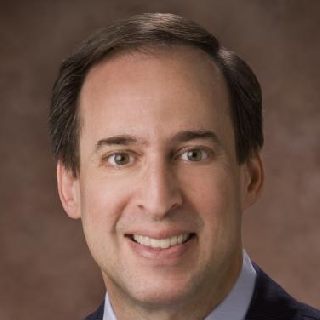 Nationally recognized personal injury trial lawyer representing only victims in serious injury and death cases throughout Florida. Repeatedly selected as a Top 100 Florida SuperLawyer, Best Lawyers in America, "Florida Legal Elite" (Florida Trend Magazine), "Top Lawyer" (South Florida Legal Guide) and "Orlando Legal Elite" (Orlando Style magazine). Offices in Miami and Orlando to cover the state of Florida. Mr. Leighton has won some of the largest verdicts and settlements in Florida, including $49.3 million and two $24 million verdicts. Mr. Leighton recently received the Daily Business Review 2015 “Verdicts Hall of Fame Award” for his wrongful death verdict He is often retained by lawyers from around the country to try their catastrophic cases, and has handled cases in Florida, Texas, North Carolina, Georgia, Wisconsin, Indiana, Kentucky and New York. He is a national lecturer and author of the leading text book "Litigating Premises Security Cases" (West Publishing, 2006).
Many of Mr. Leighton’s cases are high profile or have wide reaching social implications. Several cases have resulted in policy or procedure changes on the part of the businesses or governmental entities sued. He is often called upon by local and national media to comment on legal issues, including NBC’s Today show, CNN, Inside Edition, and many other news programs.
Having served as Chairman of the Association of Trial Lawyers of America’s Motor Vehicle, Highway and Premises Liability Section, Mr. Leighton currently chairs the association’s Inadequate Security Litigation Group and for 7 years sat on the Executive Committee of the National College of Advocacy Board of Trustees. He is also the Chairman of the Academy of Trial Advocacy, an invitation-only association of some of the nation’s leading catastrophic injury trial lawyers.

Managing Partner
Leighton Law, P.A.
2008 - Current
Founding partner of statewide personal injury and wrongful death trial law firm. The firm has two offices (Miami and Orlando) to serve clients throughout Florida. We help people who have suffered serious injury or a death of a loved one.

A Farewell to (fire)Arms? Thoughts on the Tipping Point for the New American Revolution
Daily Business Review
March 2, 2018

Driving While Distracted (DWD): Have we made any progress and how do we stop this hazardous behavior?
South Florida Legal Guide
2015

Why You Are Safer On The Highway Filled With Drunk Drivers Than In A Hospital
South Florida Legal Guide
January, 2014

Prepare for Trial, But Win At Settlement
Trial magazine
June, 2003

Board Certified Trial Specialist
Florida Bar Board of Legal Specialization

News coverage of the $49.3 million verdict obtained by Leighton Law's John Elliott Leighton and Max N. Panoff for the rape of a 16 year old student by her math teacher inside the school classroom.

Following Hurricane Irma in 2017, over a dozen senior citizens died at the Rehabilitation Center at Hollywood Hills. John Leighton represented the family of Albertina Vega, and filed the first lawsuit against the responsible parties.

The tragedy of over a dozen deaths at a Hollywood Florida nursing home is brought to light in the first lawsuit filed by Leighton Law, P.A. and John Leighton.

Lawsuit filed against school board for teacher raping student on his desk inside school.

Today Show interview following parasailing tragedy in Florida; a call for new regulations to protect victims like Amber May White, who was killed. Her family was represented by John Elliott Leighton, who along with Amber's mother Shannon Kraus spearheaded new safety legislation that was passed in Florida.

Attorney John Leighton files suit against Hialeah Police Department after its officer crashes into Marco Barrios, injuring him and killing his fiancée Andrea Castillo. Officer Raul Sommariba was traveling twice the legal limit in an unmarked car and with no legitimate purpose.

John Leighton appears on CNN with client Shannon Kraus, who lost her daughter, Amber May White, to a parasailing accident in 2007. Leighton and Kraus have fought to have parasailing safety legislation passed in Florida, and finally succeeded in 2015.

Fatal crash by police - Leighton Law wants answers why officer was speeding, not using any lights, was not sent on a call