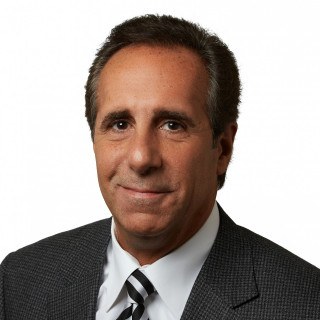 John J. Perconti is a highly-acclaimed Illinois attorney and co-founder of Levin & Perconti. For over 25 years, he has devoted his practice to advocating for people and families in personal injury and wrongful death cases. In 1992, he merged his practice with Steven Levin, and now the firm employs over twenty lawyers and has obtained over $660 million in verdicts and settlements for clients.

John has an excellent record of success representing clients in injury, elder abuse and wrongful death cases. He is nationally recognized as one of the country’s leading medical malpractice attorneys because of his extensive experience in federal and state courts. He possesses an in-depth knowledge of complex medical issues that has allowed him to achieve record-setting multimillion-dollar verdicts and settlements for his clients.

John was recently selected by his peers for inclusion in The Best Lawyers in America® for 2013, 2014, 2015, 2016 and 2017 in the field of Personal Injury Litigation - Plaintiffs. He has received an “AV” rating from the Martindale-Hubbell American Law Directory, indicating preeminent legal ability and very high ethical standards. He has also been named one of Illinois’ top litigators by Leading Lawyers Network and achieved a Lead Counsel Rating in Elder Law .