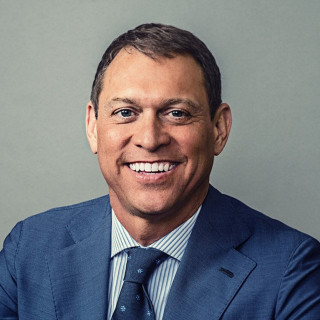 Celebrity Trial Lawyer, John Uustal, has won some of the largest verdicts ever against the most powerful companies in the world and has — on multiple occasions — uncovered confidential corporate documents, making international news and appearing on 60 Minutes, CNN, the Today Show, FOX News, and in People magazine and The New York Times. His first year out of law school, he won a record-setting fifty-million dollar verdict. He handles incredibly complex and difficult cases against the best defense attorneys in the world. He fights for those being taken advantage of by large corporations, whether they are taking advantage of millions of customers, or one celebrity. Clients have called him “the real deal”; “an old-school fighter” who “cared about us as people first.”

He has been named Product Liability Lawyer of the Year by America’s Best Lawyers, Awarded the Most Effective Lawyer for Product Liability by the Daily Business Review, and recognized by the Best Lawyers in America, Super Lawyers, and his law firm, Kelley | Uustal has been named the Best Personal Injury firm in South Florida by the Daily Business Review the past two consecutive years. He specializes in taking cases that supposedly can’t be won, for those who cannot afford to lose.

Lawyer of the Year
Best Lawyers
2016

Academy of Florida Trial Lawyers' Board of Directors
Member
Current

My Mission is to Hunt these Corporate Killers

John Uustal has built his career winning one-in-a-million landmark cases. He thinks like a master detective cracking the case on corporate crime and wants to show you what he has learned.

Episode 7: Burn Down the City - What Happened to Samantha?

Episode 7: Burn Down the City - What Happened to Samantha?

Episode 8: Burn Down the City - If at First You Don't Succeed...

Episode 8: Burn Down the City - If at First You Don't Succeed...

Episode 9: Burn Down the City - To Settle or Not

Episode 9: Burn Down the City - To Settle or Not