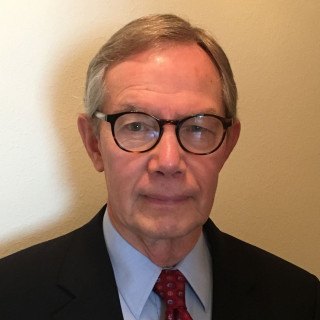 Mr. Freeman was born in Jackson, Tennessee, in 1945. He received his bachelor's degree from Baylor University in 1967, and served in the United States Navy from 1967 – 1969 as a Supply Officer aboard the USS Duval County, LST-758. He attended law school at the Vanderbilt University School of Law, where he was an Associate Editor of the Vanderbilt Law Review in 1972 and 1973, and from which he received his law degree in 1973. Mr. Freeman was admitted to the State Bar of Texas in 1973 and is currently a member of the State Bar of Texas (Employment and Litigation sections) and the Dallas Bar Association (Employment Law section). He is admitted to practice in the state courts of Texas and in the U.S. District Court for the Northern, Western and Eastern Districts of Texas, and in the U.S. Court of Appeals for the 5th Circuit. Mr. Freeman has an AV rating from Martindale-Hubbell.

Mr. Freeman is on the board of the Hillcrest Estates Homeowners Association in Dallas, Texas, a member and deacon at Park Cities Baptist Church in Dallas, Texas and on the board of Baptist News Global, a nonprofit faith-based journalism entity which provides electronically news, opinion and curated religious articles that address matters of faith and which seeks to inspire people to live out their faith. Mr. Freeman regularly bikes, swims and enjoys the outdoors.

U.S. District Court for the Northern, Western and Eastern Districts of Texas