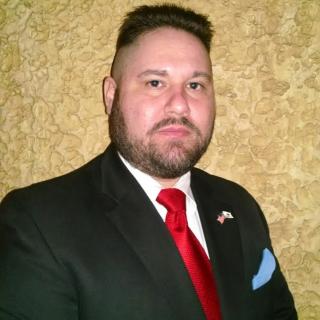 John M. Acosta Jr. was born and raised in Southern California. In July 1996, he enlisted in the United States Army. He served as a Military Police Officer for almost two years, with his remaining three years as a Military Police K-9 Officer, at various military installations and was honorably discharged. In 2001, he pursued a career in law enforcement. He spent almost twelve years with various Police and Sheriff’s Offices throughout the State of Georgia. During that time, he worked as a patrol officer and was eventually promoted to the rank of Sergeant. As a U.S. Army Military Police Veteran and Law Enforcement Officer in State of Georgia, he has over 15 years of combined law enforcement experience. During those years he performed numerous DUI, misdemeanor, and felony investigations. Additionally, he has worked as a Deputy Prosecuting Attorney and Chief Deputy Prosecuting Attorney for the State of Indiana and has conducted numerous state court bench and jury trials. Although, he does not consider himself an expert, he does consider himself highly qualified to interpret and evaluate law enforcement actions.

Evaluating and Understanding Police Use of Force
Jurist
January 17, 2015

On Shaky Ground When Searching for that Smell
Valpo Law Blog
June 17, 2014

Q. Does requirement to pay child support automatically end at age 19 (Indiana) or does a court motion have to be filed?
July 13, 2020
A: Motion has to be filed requesting it.

Q. Where could I find a child support order / modification? Would it be public knowledge if modification in Indiana mycase?
June 25, 2020
A: Based on the information provided in your question if the child support was ordered in a divorce proceeding it may be public, if the order was in a paternity matter then it would not be public, but the person paying the support can go to the local county clerk's office or child support clerk and get a copy of the order.

Q. What can I do when the other parent is breaking our custody court ordered parenting agreement?
June 23, 2020
A: Based on the information provided in your question you can file contempt on her via the courts.