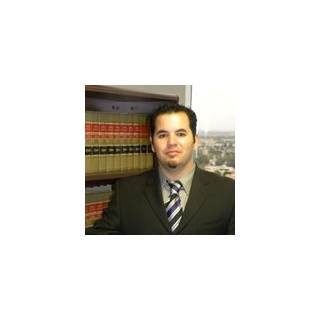 Jon M. Martinez is a criminal defense attorney who is determined to fight for the rights of every one of his clients, whether they are charged with shoplifting or first-degree murder. Mr. Martinez has shown an outstanding understanding of the law mixed with excellent trial skills and compassion for his clients. Mr. Martinez has used his skills to obtain over 100 dismissals and not guilty verdicts in the past two years alone.

Upon graduating from Boston University with a law degree and a masters degree, Mr. Martinez accepted a position at the Maricopa County Attorney's Office as a criminal prosecutor. He quickly excelled as a prosecutor and was the first in his class of more than 25 prosecutors to move up to a trial group and also was the first to move up to a Major Crimes division. As a Major Crimes prosecutor, Mr. Martinez was in the Vehicular Crimes unit that is responsible for prosecuting all felony crimes involving a vehicle and alcohol or drugs, including prosecuting numerous Felony DUI cases as well as Aggravated Assault with a Deadly Weapon, Manslaughter and Murder.

In February, 2008, Mr. Martinez decided to leave the Maricopa County Attorney's Office in order to join a criminal defense firm in Arizona. While at this firm, Mr. Martinez honed his trial skills and obtained numerous jury verdicts of Not Guilty and many more cases that resulted in complete dismissal of the charges before trial. Mr. Martinez gained a reputation for being both an aggressive trial attorney and one who genuinely cared about his clients. He has handled a variety of cases ranging from juvenile crimes, misdemeanor crimes and all felony crimes including first-degree murder.

After years at his previous criminal defense firm, Mr. Martinez opened the Jon M. Martinez Criminal Law Group to allow him to give the personal attention and superior defense that he believes every client deserves. Mr. Martinez is determined to work personally with every client that walks into his office no matter the charges and he makes it a personal goal to get the absolute best outcome possible for each and every client.

At the Jon M. Martinez Criminal Law Group, we are dedicated to providing you with the absolute best possible defense for every client. Attorney Jon M. Martinez will work with you every step of the way to explain the legal process and help you through this traumatic and stressful time in your life. We believe that nobody should be defined by their worst day and we will never treat you as just another case number. We will work to get to know who you really are as opposed to who the police report says you are and we will do everything possible to win your case.

Q. My bf was p/o doing 28 in a 25.they arrested him & charged w/burg in 3 degree,burg tool,poss of stolen prop, prohb possr
September 30, 2011
A: The fact that the prosecutor has brought charges does not necessarily mean that they will stick. Truth is, you can be charged for anything. Whether those charges ultimately get dismissed is a different question. Because your boyfriend was speeding, the State will argue that the police had reasonable suspicion to pull him over. If so, the burglary tools and subsequent burglary will be relevant. If, however, your attorney is able to show that the police did not have reasonable suspicion to pull him over or search his vehicle, the attorney may be able to get the evidence suppressed and potentially have the case thrown out. With regards to the first court appearances in March, the prosecutor only has a certain amount of time in order to establish probable cause on any case while your boyfriend was in custody. Since he was released, chances are the prosecutor could not do so in time. They may have needed more information on the burglary from the police officers so your boyfriend's case had to be dismissed. This does not mean that the case is over, however. Once the prosecutor has the information they need, they can re-file the charges and begin the process over. Your boyfriend is facing serious felony charges and you should look into obtaining an attorney for him so that he has the best chance of avoiding prison time. Best of luck, Jon M. Martinez Jon M. Martinez Criminal Law Group 40 North Central Avenue, Suite 1400 Phoenix, Arizona 85004 480-353-8895

Q. Do kids that are ages 12 and 11 that were subpoenad for trial have to attend? its a dc/dv case...
September 25, 2011
A: Generally speaking, if a person is served in person with a subpoena, they are required to come to the trial. If they are not personally served, the court would have no recourse if they did not attend the trial because they cannot be certain that they received the subpoena. That being said, I could never imagine a situation where a court would punish a child for not appearing to court. I cannot even fathom any judge citing a child for contempt of court.