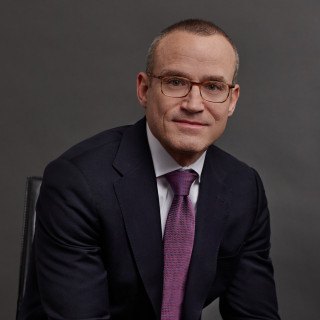 To Jonathan S. Damashek, the best part of his job is being able to stand up for people who deserve their day in court. “I like fighting for the little guy against the large corporate defendants and insurance carriers to help them recover what they lost in their lives,” he says.

In this regard, Damashek seeks to recover monetary compensation for his clients that covers their past and future pain and suffering, medical expenses, lost earnings and benefits, and loss of their enjoyment of life. After graduating from New York Law School in 1997, Damashek started his career at Schneider, Kleinick, Weitz & Damashek, a widely respected personal injury law firm that won billions in verdicts and settlements in New York.

In 2002, he joined Jordan D. Hecht and Judd F. Kleeger, developing a legal practice focusing on catastrophic injury cases. He has since been responsible for numerous seven-figure verdicts and settlements for his clients. In 2014, he settled a labor law construction accident case for over $9 million dollars involving two brothers who were injured while working at a construction site. In that case, the Echeverria brothers were both struck by a cement block while they were working on the exterior scaffold of a building. One of the brothers, Roilan suffered an amputation to his finger and an injury to his neck which required a cervical fusion surgery.

The other brother, Auner suffered injuries to his back, knee and shoulder which all required surgeries. In another one of his cases, he reached a settlement valued at $8 million on behalf of a three-year-old boy and his family as the result of injuries the child suffered from being burned with hot water in an apartment shower due to a faulty mixing valve.

Q. My car was involved in a hit and run with no leads two nights ago; man can to door today and confessed to the incident
May 10, 2016
A: The police should be notified immediately so they can generate an accident report. You should also call your insurance carrier and give them the information.

Q. I picked up a dog for free from a girl on FB but now I'm wondering if he was stolen. How do I know if he's stolen?
May 6, 2016
A: The vet should be able to tell if the dog has been chipped. That would have the owner's info.

Q. Can police enter a home if one resident consents, but another resident refuses? (Assuming both parties are present).
May 6, 2016
A: yes