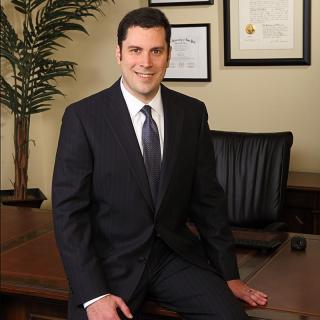 Jonathan D. Warner is the co-founder and managing partner at Warner & Warner, PLLC in Albany New York. Jonathan focuses his practice in the areas of Consumer Bankruptcy Law, Foreclosure Defense Law, Consumers’ Rights Law, and Mortgage Modification assistance. Prior to attending law school, Jonathan graduated magna cum laude and Phi Beta Kappa from SUNY Albany in 2007. Thereafter, Jonathan graduated from the Michigan State University College of Law in 2011. During law school, Jonathan participated in the Jessup International Moot Court Team, served as an elected student leader in two student organizations, and worked as the Senior Research Assistant at his law school’s Low Income Taxpayer Clinic. Additionally, Jonathan also had the privilege of serving as a summer judicial intern with the U.S. District Court and U.S. Bankruptcy Court for the Northern District of New York, where he clerked for Hon. Lawrence E. Kahn and thereafter for Hon. Robert E. Littlefield, Jr., respectively. Jonathan is passionate about providing pro bono services to members of the Capital Region community. In recognition of his pro bono efforts, Jonathan was awarded the 2014 Kurt Clobridge Memorial Award for Pro Bono Service by The Legal Project. Jonathan was also awarded the 2013 and 2014 Top Contributor Award from Avvo.com. In his spare time, Jonathan enjoys spending time with his wife, Meg, and their two spoiled cats, Master and Margarita. When he isn’t at work, Jonathan enjoys reading, hiking, and riding his motorcycle.

The Changing Landscape of Auto Assets in Bankruptcy, Teleconference
May 1, 2015

Q. Declaring chapter 7 before foreclosure
June 21, 2022
A: As a general rule, filing a bankruptcy will eliminate all of your debts. There are exceptions (student loans, for instance), but none of the other debts you've listed will survive the bankruptcy. Further, there will not be any tax consequences emerging from your bankruptcy discharge because debt discharged by bankruptcy is specifically excluded from the IRS' definition of "income" (26 U.S.C. Sections 61 - 62). Also, it'd be a lot more strange if you could afford to pay the mortgage on a $900K house and you were looking to file for bankruptcy... In other words, you're clear to file. You'll probably want to do so sooner rather than later, because 1099-C's can be more difficult to exclude from gross income if they're issued prior to the bankruptcy filing. Good luck with your case!

Q. I cosigned for someone 2 years ago and now I have a repossession activity on my credit. I cant contact the person.
April 4, 2022
A: Filing a bankruptcy will remove the negative remarks from your credit and permit you to start fresh. If you don't intend to file for bankruptcy, you'd have to sue your cosigner - which would be much more expensive and difficult than filing bankruptcy! If you're interested in the bankruptcy route, speak to an experienced attorney before making any final decisions. Good luck with your case!