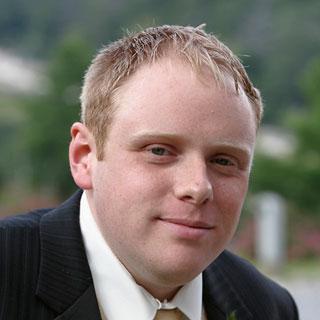 Jonathan was born and raised in Fairlawn, VA. He graduated from Virginia Tech in 1998 with a Bachelor’s Degree in history, and immediately enrolled at the Penn State – Dickinson Scholl of law, where he graduated in 2001. He was the only member of his law school class to immediately open his own solo practice after passing the bar. To gain as much experience as possible he immediately joined the court appointed lists in his and all surrounding jurisdictions, and within several years had defended nearly 1,000 criminal felonies and misdemeanors. His attention to clients and good results soon resulted in more retained criminal work generated by word of mouth. During his first five years of practice Jonathan also gained extensive experience in the areas of workers’ compensation and family law. In 2006 he turned his full attention to criminal defense, with an emphasis in DUI and traffic defense. For a time he continued to work as a solo, and personally appeared on traffic and criminal matters in jurisdictions from Fairfax County to Wise County in the Southwest corner of the state. To date he has personally defended more than 15,000 criminal and traffic cases. In the last few years the Fisher Law Firm has experienced significant growth, now having two additional offices and eight additional associate attorneys. By 2014 Jonathan had achieved his long term goal of offering criminal and traffic coverage to the entire Commonwealth. Jonathan is an active member of the National College for DUI Defense and the Virginia Association of Criminal Defense Lawyers, where he regularly participates and contributes in order to learn and help other attorneys whenever he can. He is a certified alcohol breath device operator and is also certified in administration of the standardized field sobriety tests as set out in the NHTSA guidelines.

Jonathan Fisher Interview with the Expert

Interview With an Expert