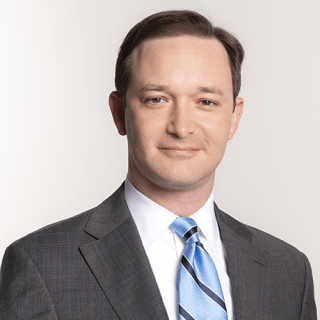 Jonathan Sternberg is an appellate lawyer in Kansas City and St. Louis, Missouri, representing businesses and individuals in civil and criminal appeals and related matters before state and federal courts nationwide. He focuses his practice strictly on appellate litigation. This includes every stage of a case, not only briefing and arguing appeals and related actions, but also advising trial lawyers on procedure and strategy.

Since opening his practice on his admission to the bar in 2007, Jonathan has been counsel of record in more than 175 reported appellate decisions in a wide array of subjects. The total amount in controversy of all his cases exceeds $750 million. He has written more than 350 appellate briefs and presented more than 160 appellate oral arguments, including 16 before the Supreme Court of Missouri. He is admitted to practice before all state and federal courts in Missouri, Kansas, and Illinois, every U.S. Court of Appeals circuit nationwide, and the U.S. Supreme Court.

Jonathan has been listed in The Best Lawyers in America© for appellate practice every year since 2015 and in Missouri & Kansas Super Lawyers every year since 2014, including in 2016 and 2019-2022 on its "Top 100" list for both states and its "Top 50" list for the Kansas City metropolitan area, the youngest person on either list in 2016 or 2019-2021, and has received Martindale-Hubbell®'s highest peer review rating, AV® Preeminent™, every year since 2012. In 2022, Missouri Lawyers Weekly named Jonathan to its own "Top 100 Power List" of the top 100 attorneys in Missouri, the youngest lawyer listed for appellate law, after also naming him to its "Power List" of Missouri's top 30 appellate lawyers in 2021 and 2022, the youngest lawyer selected either year. He also was the only solo practitioner (and youngest person) who Missouri Lawyers Weekly selected as an "Up & Coming Lawyer" in 2009 and was named to the Kansas City Business Journal's "Best of the Bar" list in 2013-2016.

Deciding Not to Decide: The Judiciary Act of 1925 and the Discretionary Court
Journal of Supreme Court History
March, 2008

Nuts and Bolts of Missouri Appellate Practice and Procedure
numerous times for numerous audiences, most recently in June 2022

Ethical Issues in Deciding Whether to Appeal
numerous times for numerous audiences, most recently in June 2022

Listed for Appellate Practice
The Best Lawyers in America©
2015

U.S. Court of Appeals for the Armed Forces
Since 2014

Jonathan Sternberg presenting oral argument before the Supreme Court of Kansas in Biglow v. Eidenberg, No. 112701.