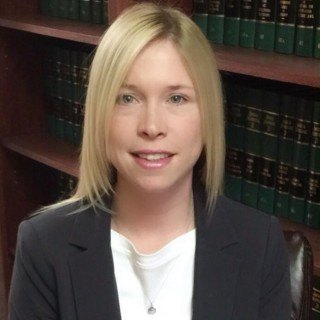 Native Oklahoman, Jordan A. Morris, has been practicing law since 2014. She currently represents clients in Cumberland County, North Carolina and the surrounding counties in the southern, middle districts of North Carolina. Jordan practices in civil litigation (contract disputes, landlord/tenant issues, personal injury), criminal litigation, family law issues (divorce, custody, paternity, child support, alimony, equitable distribution, juvenile, adoption, guardianships), and estate planning (wills, deeds, probates, conservatorships).
She earned her Juris Doctor degree in 2013 at Florida Coastal School of Law (FCSL). In law school, Jordan was the recipient of the Governor’s Merit Scholarship. She was recognized for her commitment to her community and education when she was awarded the Pro Bono Honors Award and Certificate in Advanced Legal Research, Writing and Drafting. She was a member of the Moot Court Honor Board where she assisted the school in reaching multiple, national championships. While Jordan was in law school at FCSL, their Moot Court, appellate advocacy program had emerged as one of the nation’s most elite programs reaching #1 rankings in the nation.
Jordan was founder and creator of the local chapter of the National Lawyers Guild (NLG) at FCSL, where she was President of the organization during her time there. The organization would venture out to the communities to teach underprivileged citizens about 4th Amendment illegal searches and seizures, Miranda warnings, capital punishment and general police encounters. The FCSL’s NLG chapter would also attend protests as legal observers to help ensure that people’s 1st Amendment, freedom-of-speech rights were not infringed. Jordan has a strong commitment to the public and is a strong advocate for human rights. She spent 2010-2012 volunteering at the Duval County Public Defender’s Office.
Jordan is currently licensed to practice law in Oklahoma, Tennessee, and North Carolina.