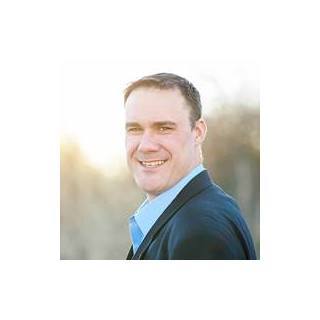 A native Coloradan, I was born and raised in Boulder where I attended Fairview High School. In 2001, I graduated from the United States Air Force Academy in Colorado Springs, Colorado. I received a Bachelor of Science degree in History. My first assignment was at Vance Air Force Base in Enid Oklahoma. While there, I attended flight school; and, through a twist of fate, I found myself working in the Judge Advocate Office as a Legal Assistance Clerk. I immediately fell in love with the law, especially the human interaction aspects. In 2003 I moved to the Boston Massachusetts area to work for the Air Force as a Systems Program Manager. I worked on several programs both classified and unclassified and obtained my level II program manager certification. While in Boston, I started law school at the New England School of law (NESL). During my second year at NESL I was transferred by the Air Force to Milwaukee Wisconsin to work as the Operations Commander for the mid-west recruiting squadron. I then transferred to Marquette School of Law where I obtained my Juris Doctorate and graduated with Alpha Sigma Nu honors (Jesuit Honor Society). While at Marquette, I interned for the Wisconsin Supreme Court, was inducted into the Marquette Pro Bono Society, and spent countless hours at the Marquette Pro Bono and Milwaukee County Family Law Clinics. While in law school I developed a passion for Criminal and Family Law and was trained as a Guardian Ad Litem (GAL). In summer 2008, I published an article in the Wisconsin Children’s Law News on how GALs could use their position to intervene with juveniles before they found themselves in the criminal justice system. After graduation I was admitted to practice law in Wisconsin.
In November 2009, I was admitted to the Colorado bar and, in February 2010, I accepted a job with the 9th Judicial District Attorney’s office in Glenwood Springs where I prosecuted over 25 trials and litigated/negotiated thousands of cases. In August 2012, my passion for family law led me to the Law Office of Angela Roff. I also maintain my service to our country and am currently a Major in the United States Air Force Reserve.
As a child of divorce, an Air Force officer, family man, and a driven attorney, I believe that my personal and professional experiences aid me in relating to clients. Moreover, I feel this makes me distinctively qualified in the practice of family law. I am very aware of the effects this process has on the family; most notably, children. I am keenly alert that the effects of divorce are prevalent long after the formal ending of a marriage. I will make it a point to keep my clients focused on their children and how their actions today will impact their children’s tomorrows. If possible, I believe that my primary goal is to aid in an amicable resolution outside the courtroom. Yet, there are situations where there is no other option than to resolve issues in court. Should that be the case, my extensive trial and litigation experience has prepared me to represent my clients in a courtroom setting.
I have every hope that I can continue to spend time in our community promoting family law issues, community advocacy and restorative justice. I enjoy the outdoors and all that Colorado has to offer. Mostly, I am glad to be home and to have the ability to serve the western slope.

Officer
United States Air Force
Current
Currently a Major in the USAFR, I have spent 11 years as an Acquisitions Program Manager