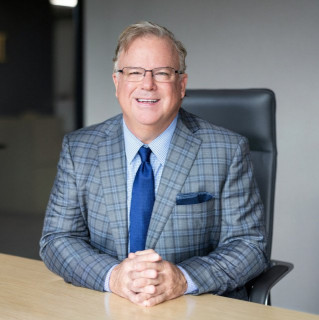 Joseph Preston “Pete” Strom, Jr., the managing partner at Strom Law Firm, L.L.C., has been fighting for justice since 1984.

In 1985, Pete joined the Fifth Judicial Circuit Solicitor’s Office as an Assistant Solicitor. While serving as Assistant Solicitor, Pete handled over 200 drug cases, prosecuting the largest heroin trafficking case in South Carolina at that time, a case involving over 100 grams of heroin.

After a stint in private practice, practicing as a partner in three law firms, Pete was named United States Attorney for the District of South Carolina in 1993. At the time he was appointed by Attorney General Janet Reno, Pete was the youngest U.S. Attorney in the country.

As the U.S. Attorney for the District of South Carolina, Pete created the Violent Crimes Task Force in South Carolina, which Attorney General Reno referred to as “a national model for the country through a provocative violent crime initiative”. During his service as U.S. Attorney, Pete served on Justice Department committees relating to organized crime, white collar crime, sentencing guidelines, and juvenile justice. Pete also attended the Harvard University Program for Senior Executives in State and Local Government.

How am I going to pay for my medical bills? | Strom Law Firm, LLC

How am i going to pay for my medical bills?

How can I meet with my attorney? | Strom Law Firm, LLC

How can I meet my attorney?

How do i know if i have a case?

How much does a personal injury attorney cost? | Strom Law Firm, LLC

How much does a personal injury lawyer cost?

What do business litigation lawyers do? | Strom Law Firm, LLC

What do business litigation lawyers do?

What will I experience when hiring Strom Law Firm?