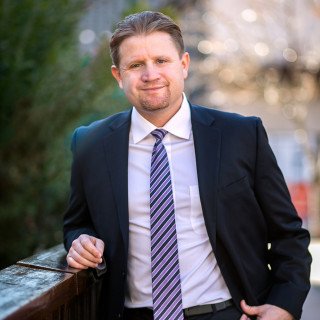 A former felony prosecutor at the El Paso DA’s Office, Joe has oriented his legal career towards civil and criminal litigation.

Prior to entering private practice, Joe worked as a Staff Attorney at Texas Riogrande Legal Aid, Inc. (TRLA), representing low income residents of El Paso, and the most vulnerable members of our community in various civil matters, fulfilling his desire to use his law degree to help achieve justice for residents along the Texas/Mexican border.

After his time at TRLA, Joe spent over three years as an Assistant District Attorney (Felony Trial Division) for the 34th Judicial District of Texas (El Paso). During Joe's tenure at the DA's office, he earned a reputation in the legal community as a fierce, skilled and successful litigator, achieving guilty verdicts in the final nine felony cases he tried.

Following his time at the DA’s office, Joe worked at a boutique litigation firm in Seattle where he practiced civil law, representing both plaintiffs and defendants in complex civil litigation. During Joe’s time in Seattle, he helped achieve multiple favorable settlements for clients in personal injury cases, including a seven-figure settlement. Joe also handled multiple wrongful death cases.

While Joe understands the importance of being willing and able to try cases, he also prides himself on being a skilled negotiator, an area of law that impassioned Joe after earning the top grade in his law school class on negotiation and settlement at the University of California, Hastings College of the Law.