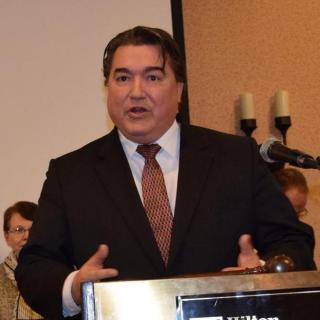 Mr. Stadnicar graduated with his law degree (1990) and MBA (1989) from the Ohio State University and began his legal career in 1990 as prosecutor for the cities of Beavercreek and Fairborn, Ohio. He also practiced in the private sector with the law firm of Gerald E. Schlafman & Associates. In 1995, Mr. Stadnicar opened his own law firm in Beavercreek as he continued to prosecute for the City of Beavercreek. In 1996, Mr. Stadnicar associated his practice with the law firm of Hammond and Stier. After several years his firm merged with Hammond and Stier, and he later was offered and accepted a partnership in the firm renamed Hammond, Stier & Stadnicar (HS&S). In 2001 Mr. Stadnicar left his position as a Prosecutor to focus completely on his private practice with HS&S.

Q. The police lied about not arresting him. I wrote a statement about verbal abuse/threats i want all charges dropped
April 17, 2017
A: Once charged, only the judge has the authority to dismiss a case. The prosecutor also has significant sway over which charges may be dismissed. You may wish to meet with and speak to the prosecutor; the judge will not speak with you about the case. The best place to start is with the Victim Advocate for your court or with the prosecutor's office. As a victim of a crime you have a statutory right to have someon of your choosing represent you as a victim. Here is a link to a brochure on your rights as a victim: http://www.ohioattorneygeneral.gov/Files/Publications-Files/Publications-for-Victims/Crime-Victims-Publications/Picking-Up-the-Pieces-A-Guide-to-Helping-Crime-Vic Th police should have provided you a copy of the brochure.

Q. Do I have a lawsuit if EMTs used narcan on my brother even though he wasn't overdosing on opioids??
April 17, 2017
A: This response is general in nature and you should seek the counsel and advice of an experienced Ohio lawyer to review all the aspects of your case. Do not rely on this answer as it is based on limited information. Ohio's Political Subdivision Tort Liability Act creates a significant hurdle in such cases. Typically, such first responders will be immune from traditional negligence based liability. If the Narcan was wrongfully administered, and it was the proximate cause of your brother's death, the conduct of the EMTs still must be proven to be "willful or wanton," rather than negligent.