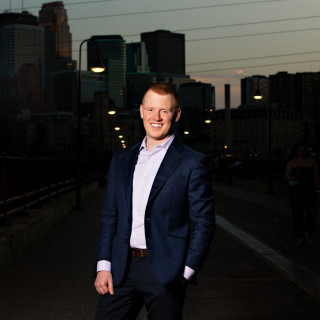 Joshua Newville is a Partner at Madia Newville LLC. Josh is a passionate and respected civil rights lawyer. He holds employers and police responsible for such bad acts as discrimination, unlawful termination, and wrongful death.

Josh focuses on cases that involve employment law, discrimination, and police misconduct. He practices in state and federal courts and handles all aspects of civil litigation – including settlement negotiations, trials, and appeals.

Josh is a tenacious litigator who frequently achieves favorable outcomes for his clients. He handles high-profile civil rights cases, has secured millions of dollars for his clients, and has won victories at the Minnesota Supreme Court and the U.S. Court of Appeals. Early in his career, Josh led the successful fight for marriage equality in two U.S. States and won precedent-setting legal protections for vulnerable Minnesotans.

For seven consecutive years, Thomson Reuters has recognized Josh as a Super Lawyers Rising Star, a rare distinction awarded to attorneys under 40 based on a combination of peer nominations and objective criteria. Josh also received the Equality & Justice Award from the Minnesota Lavender Bar Association, and was recognized nationally by The Advocate.

Josh is on the Federal Practice Committee for the U.S. District Court in Minnesota, a committee that works to improve the administration of justice. He is also an investigator on the Hennepin County (4th District) Ethics Committee, and was on the board of the Minnesota chapter of the National Employment Lawyers Association.