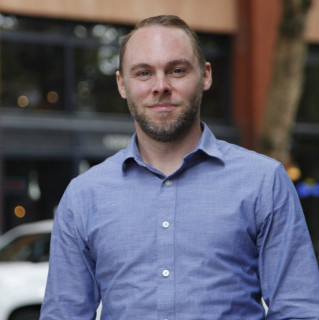 Josh is a cannabis litigation attorney at Gleam Law in our Seattle, WA, office. He is an experienced attorney with a background in litigation, and he is also licensed in California. Prior to joining us as a Seattle cannabis attorney, he handled cases in a variety of areas, including: defense of insured persons from personal injury claims, commercial and residential premises liability, construction defect, first party insurance coverage, claims under the Insurance Fair Conduct Act, and claims under the Consumer Protection Act.

Josh graduated with honors from the University of Southern California, and he received his J.D. from Pepperdine University. While in law school, he completed a certificate program in Alternative Dispute Resolution at the top-rated Straus Institute for Alternative Dispute Resolution. Josh was also a member of the Pepperdine Law Review and served as a judicial extern to Presiding Justice Tricia Bigelow on the California Court of Appeal (Second District, Division 8). As a judicial extern, he authored opinions on a diverse range of criminal and civil legal matters, including decisions on motions to access law enforcement officers’ personnel information where defendants alleged that arresting officers used excessive force or lied about the events surrounding the arrests.

Josh is admitted to practice in Washington and California, as well as the Western and Eastern Districts of Washington. He previously lived in Fukui, Japan and has traveled throughout Asia, Europe, and South America. When he isn’t working as a cannabis litigation lawyer, Josh enjoys cycling, capoeira, and getting out to enjoy the beautiful nature in the Pacific Northwest.