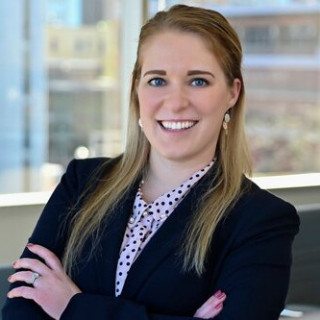 Originally from a small suburb, Steubenville, Ohio, only forty-five minutes outside of Pittsburgh, Pennsylvania, Juliane attended the Cyril H. Wecht Institute of Forensic Science and Law at Duquesne University. She received a B.A. in biochemistry and a M.S. in Forensic Science.

To advance her interest in law and science, Juliane moved to Florida to attend Stetson University College of Law in 2011. While in law school, Juliane was an active member of the Alternative Dispute Resolution team, and in 2013, competed in a regional Negotiation competition in New York City.

After practicing in Fort Lauderdale for some time, Juliane moved to Orlando in 2015 to be closer to family, and joined the Public Defender Office in Osceola County. During her time there, Juliane successfully litigated over twenty-five trials to verdict in both felony and misdemeanor criminal matters.

In 2018, Juliane had the opportunity to refocus her practice areas to focus strictly on litigation matters, and has traveled across the state to protect the rights and assets of her clients.

When not in the courtroom, Juliane enjoys true crime podcasts, running, and spending time with her family.