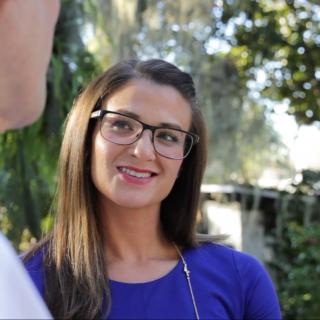 Julie Aleve Fine is a 2011 graduate of The University of Florida Levin College of Law and a former Assistant State Attorney for the 8th Judicial Circuit of Florida. Ms. Fine is an experienced trial attorney with over 40 jury trials in the past 5 years. During her first four years as an ASA, Ms. Fine gained extensive experience as a litigator, investigator, and researcher working in four distinct divisions of practice. Ms. Fine began in the general misdemeanor division, but was quickly promoted to the domestic violence division where she first recognized her passion for legal justice and protecting others. The significant bulk of her trial experience was gained in the State Attorney Office’s most litigated division, Criminal Traffic, with over 18 trial convictions within 2 years. Ms. Fine’s efforts were appreciated and recognized by her local law enforcement officers when she was nominated and received the 2014 MADD Award for Outstanding Performance in the Prosecution of DUI Cases. In June of 2014, she was promoted and assigned to a position within the General Felony Division working primarily with narcotics and fraud as well as assisting in The Sex Crimes Division’s trial cases until she relocated to Las Vegas at the end of June 2015. Ms. Fine passed the Nevada bar exam in February 2016, and worked remotely for the litigation department at Fine, Farkash & Parlapiano, until moving back to Gainesville where she currently lives and works.

Julie's courtroom experience as an award-winning prosecutor provides and invaluable edge to all our clients. I began my legal career as an Assistant State Attorney and was honored to serve the community that helped raise me. It was there that I discovered my passion for justice. A passion for helping fight to right a wrong. When you hire us, you have a team dedicated to you. To help right the wrong. Fine Farkash and Parlapiano. When life changes, we’re there.