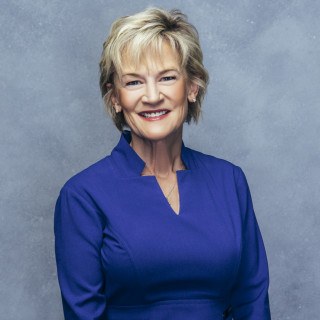 Julie graduated from Spalding University in 1982 with a degree in Business Administration with a minor in mathematics. She received her law degree from the University of Louisville in 1985. She spent her last semester of law school at Hastings University in San Francisco where she interned for the Department of Corporations. She became a member of the California Bar Association in 1985 and the Kentucky Bar Association in 1987.

From 1987 to 1993, Julie was employed as a Staff Attorney for the Honorable J. Wendell Roberts, US Bankruptcy Judge for the Western District of Kentucky.

In 1994, Julie started her own bankruptcy and family law practice, OBryan Law Offices PSC, which currently employs four associate attorneys, 3 paralegals and an administrative and legal support staff of 6. As a team, the OLO group files over 100 consumer bankruptcies a month and also handles personal injury and uncontested divorce matters. The law firm has four offices representing consumer and business clients all over the Kentuckiana area including Southern Indiana and the Frankfort and surrounding outlying counties.

Julie became certified as a Consumer Bankruptcy Attorney by the American Board of Certification in 2003 and maintains that certification by her continued involvement in the bankruptcy field and continuing education and training with emerging bankruptcy issues that have developed since the passing of BAPCA.

She has lectured at many bankruptcy seminars and has volunteered her time in training young adults about the "dangers of debt" with her association with CARE, a national training program for young adults founded by the Honorable John Ninfo in Rochester, New York. Julie has also attended and graduated from Max Gardner's Bankruptcy Boot Camp in Shelby, North Carolina where she gained invaluable continuing education on important consumer bankruptcy issues involving consumer rights issues including Automatic stay and Discharge violations and FDCPA and FCRA violation training.