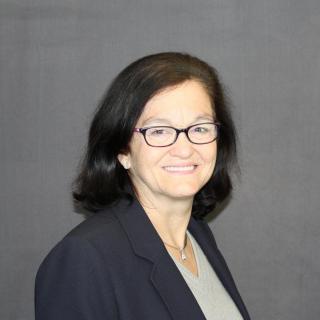 The Essentials of Representing Children in Special Education Matters, Rutger's School of Law - Newark
February 12, 2020
Volunteer Lawyers for Justice and the Education Law Center
This training is designed to serve as a primer for attorneys interested in representing students in pro bono special education matters in New Jersey. It is geared towards attorneys who have little to no experience in this area of law.

44th Tribute to Women of INfluence (TWIN) Honoree
YWCA Northern New Jersey
2019
Established by YWCA Northern New Jersey in 1975, TWIN gives businesses and organizations an opportunity to honor their highest achieving women and gather together to network and celebrate success. TWIN honorees have excelled in their fields and made significant contributions to their organizations and communities. “When TWIN was established in 1975, our purpose was to help our corporate partners recognize women on their staff whose achievements might otherwise be overlooked or taken for granted compared to their male counterparts,” says YWCA Northern NJ CEO Helen Archontou. “Much about our world and women’s place in it has changed, but women still grapple with issues of equal pay, equal opportunities, and work?life balance. The heart of TWIN remains to honor women of achievement and celebrate organizations that create cultures in which women can thrive.”

Pro Bono Attorney of the Month - June 2009
Volunteer Lawyers for Justice
2009
VLJ is proud to recognize Karen Edler, Esq., of the law firm Price Meese Shulman & D’Arminio, P.C. in Woodcliff Lake as VLJ's June 2009 pro bono attorney of the month. Ms. Edler has been an active member of VLJ since 2003. Specifically, she has provided assistance to VLJ’s special education clients and their guardians with their education-based legal matters. Likewise, Ms. Edler graciously serves as a mentoring attorney – offering invaluable guidance and support to volunteer attorneys who handle special education cases on behalf of our youngest and most vulnerable clients. VLJ wishes to thank Karen Edler for the contribution of her valuable time, expertise, and compassion and Price Meese Shulman & D’Arminio, P.C. for its support of VLJ.

New Jersey Special Education Practioners
Member
2007 - Current
Activities: The New Jersey Special Education Practitioners are an association of attorneys and advocates who practice in the area of special education in New Jersey. The NJSEP is primarily focused on matters related to the representation of parents and children under the Individuals with Disabilities Education Improvement Act (IDEA) and the Americans with Disabilities Act (ADA). Membership in the NJSEP is limited to attorneys and advocates who only represent parents and students in matters related to special education and the rights of individuals with disabilities.

Southern District of New York
Since 2005

Get to know #ywTWIN2019 Honoree Karen Edler, Of Counsel at Price, Meese, Shulman & D'Arminio, P.C. We celebrated Karen and other inspiring women who are making significant contributions to their organizations and communities at our 44th annual Tribute to Women of INfluence.