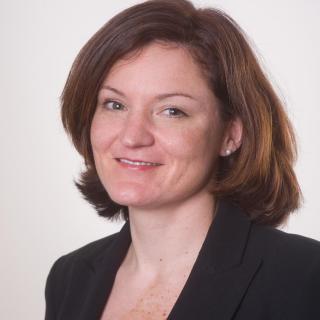 Kate Fitzpatrick, founder and principal of Doorways Employment Law (www.doorwaysemploymentlaw.com), has been a Massachusetts employment lawyer for more than ten years. She went to law school to learn employment law after working for several years in different corporate and organizational environments and becoming interested by workplace dynamics. She started her legal career as a civil legal aid lawyer for the poor and went on to be appointed an Assistant Attorney General in the Fair Labor Division of the Massachusetts Attorney General's Office, where, until 2014, she was responsible for enforcing and defending many state employment laws. As an attorney, she has represented both plaintiffs and defendants in employment law matters, and has handled and/or negotiated a variety of agreements in hundreds of employment cases. Having litigated both civil and criminal employment cases, she has also represented clients on class action matters and in cases involving substantial numbers of employees and assets. She has represented clients in state and federal courts, the Massachusetts Commission Against Discrimination, the U.S. Equal Employment Opportunity Commission, and the Massachusetts Division of Unemployment Assistance.  Kate received her undergraduate degree at Georgetown University in Washington, DC, and her law degree at Northeastern University Law School in Boston. She is a member of the Massachusetts bar, the federal bar of the District of Massachusetts, and the bar of the First Circuit U.S. Court of Appeals. She is also a member of the Massachusetts Bar Association and the American Bar Association. In 2012-2013, she was selected as a member of the Women's Bar Association of Massachusetts’ Women's Leadership Initiative. From 2012-2015, Kate also served as a Guberman Fellow and Lecturer in Law at Brandeis University.