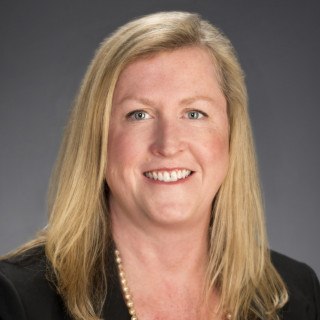 
Currently, Kathryn is of counsel at Levene Gouldin & Thompson, LLP. She practices in the medical malpractice group. She also advises clients, both employers and employees, in all areas of labor and employment law, including preparation of employment agreements and employment manuals and policies, litigation including mediation and arbitration, as well as trials, appeals, and administrative hearings. She also advises clients on general litigation matters.

Kathryn was previously a Special Assistant United States Attorney in the District of Columbia, where she litigated federal civil cases brought against the Department of Defense, including medical malpractice, federal employment and petitions before the Army and Navy Boards for Correction of Records.

Kathryn began her career at the United States Military Academy at West Point. She was commissioned as a military intelligence officer before turning her focus towards the law. In this role, Kathryn worked as trial counsel in the 3rd Infantry Division, where she prosecuted courts martial as a lead government attorney through dozens of criminal cases. She also served as senior legal officer at Camp Humphreys in the Republic of Korea and as a Trial Defense Counsel, defending soldiers in contested courts-martial, administrative separation boards and Article 15s. Kathryn served as deputy judge staff advocate in the 7th Joint Multinational Training Command in Germany, where she supervised all legal operations in the 90-person Office of the Staff Judge Advocate. She also developed and led a trial advocacy program for military prosecutors.