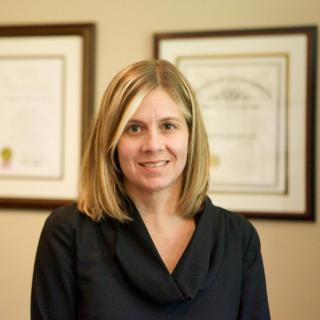 Kelly A. Stevens is a co-founder and managing member of the law firm of Hemmings & Stevens, P.L.L.C. and has been practicing as an attorney since 1994. She grew up in the mid-west and graduated from the University of Missouri-Columbia in 1991 with a Bachelor of Arts degree in political science. While in college she was elected President of her pre-law fraternity, Phi Alpha Delta. She attended law school at the University of Missouri-Columbia and graduated in 1994. While in law school she performed an internship at the Attorney General's Office for the State of Missouri and later clerked for a well respected law local law firm in Columbia-Missouri, Atkinson & Rotts. Ms. Stevens moved to North Carolina in 1999 and admitted to the NC Bar in late 1999, joining the firm of Browne, Flebotte, Wilson & Horn in January 2000 and later became a partner in that firm in 2002. She practiced in the areas of personal injury, medical malpractice, civil litigation. n 2005, Ms. Stevens co-founded the law firm of Hemmings & Stevens, P.L.L.C. with Aaron Hemmings. Together they bring extensive experience and dedication to their clients. Ms. Stevens' practices in the areas of personal injury, wrongful death, premises liability, products liability, medical malpractice, nursing home negligence, workers' compensation and civil litigation. While practicing as an attorney in North Carolina, Ms. Stevens has co-taught a continuing education seminar class presented by the National Business Institute on "Gaining the Best Settlement in Auto Injury Cases". She was also a guest speaker at the UNC School of Nursing Continuing Education Program on Legal Nurse Consulting in October 2006, October 2007, and September 2009. She is a member of the North Carolina Advocates for Justice, North Carolina Bar Association and Wake County Bar Association. Ms. Stevens lives with her family in Raleigh, North Carolina.