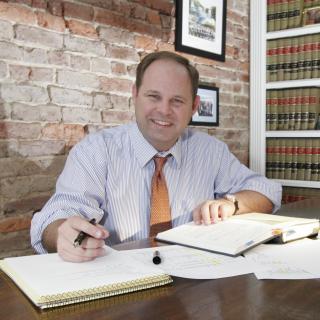 Ken Guin is an attorney with a practice in Jasper, Alabama located on the historic courthouse square. Guin’s practice serves North Alabama from Birmingham and Tuscaloosa through the Tennessee Valley. Ken Guin represents clients who have suffered Personal Injury and work related injuries. Additionally, he represents clients seeking Social Security Disability, Criminal Defense, DUI Defense, Bankruptcy Protection and Probate Court. Ken Guin has significant experience in Municipal Courts. He is a former Cordova City Prosecutor and currently serves as Municipal Judge in Carbon Hill. Ken Guin is a registered Mediator. He registered as a mediator for Civil Actions, Divorce (including Domestic Violence) Actions and Appellate Court Mediation. As a member of the Alabama House of Representatives from 1994 – 2010, Guin served as Rules Chairman and House Majority Leader. Guin’s district included parts of Tuscaloosa, Walker and Winston counties. Guin also serves as a member of the Committee on Constitution and Elections, County and Local Government, State Government and the Committee on Tuscaloosa County Local Government Committee. Additionally, Guin served as a member of the Alabama Law Institute Review Committee and Legislative Council. Guin graduated from Carbon Hill High School in 1980 where he was Alabama State 4-H President and Vice President of the Alabama National Honor Society. In 1984, he graduated from Auburn University with a B.A. in English. He has a juris doctorate from the Cumberland School of Law at Samford University. He is a private attorney with a law office in Jasper, Alabama. He lives with his wife and two children in Carbon Hill. His wife, Tanya McGough Guin, is the principal of Carbon Hill Elementary and Junior High School. He and his wife founded and run The Corridor Messenger, a weekly newspaper in Walker County. They have a son, J.K., and a daughter, Emma Grace.