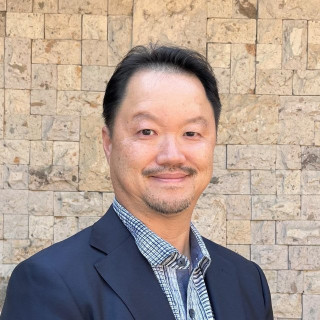 Ken is a transactions attorney, arbitrator and mediator with 29 years of experience in intellectual property licensing, litigation, and technology transactions. He practiced at leading US law firms and served as Senior Vice President at Samsung Electronics as the head of the Silicon Valley IP Office from 2011 to 2021.

Ken has handled more than two hundred IP litigation matters, negotiated numerous patent licenses including three of the largest patent cross license agreements, and helped clients to acquire companies ranging from startups to a multibillion dollar company. He was also extensively involved in SEP and FRAND disputes involving some of the largest SEP licensors and licensees while at Samsung.

Ken received his bachelor’s degree in electrical engineering from Cornell University in Ithaca, New York, and graduated from Northwestern University School of Law in Chicago, Illinois, where he was on the editorial board for Journal of Criminal Law and Criminology. Before entering private practice, Ken served as a judicial law clerk to a federal judge and then as a federal prosecutor in N.D. Fla. where he tried more than 50 cases as first chair.

Prinicipal
Colev Law
2021 - Current
Ken is an internationally recognized arbitrator, mediator and neutral with close to thirty years of leading law firm and in-house experience in corporate/commercial transactions and litigation practices. He focuses on business contract disputes, technology, intellectual property, patent, trademark and trade secret matters. He has handled a wide array of mediation and arbitration matters and serves on the panels of the leading mediation and arbitral bodies in the US, Asia and Europe, such as American Arbitration Association (AAA), Financial Industry Regulatory Authority (FINRA), Korea Commercial Arbitration Board (KCAB) International and World Intellectual Property Organization (WIPO) Arbitration and Mediation Center. He also serves as a Judge Pro Tem and Settlement Conference Officer for San Francisco Superior Court. Ken is a founding member of California Arbitration (CalArb) and a member of Silicon Valley Arbitration & Mediation Center (SVAMC).