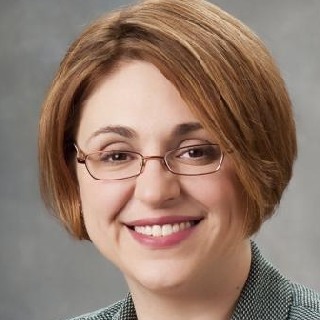 Kerith Strano Taylor, Esquire, has been practicing family law in Jefferson County, Pennsylvania since 2001 and has served as Guardian ad Litem for Jefferson County since 2004. Kerith has been an active member of the Statewide Children's Roundtable Initiative, since it was created by Supreme Court Justice Max Baer in 2006. She currently sits on the Jefferson County Children’s Roundtable, the regional Leadership Roundtable 7, and the Statewide Children’s Roundtable. In addition, Kerith served on the Children’s Roundtable Summit Planning Committee in 2009 and 2010.
Kerith was appointed by the Pennsylvania Supreme Court to the Juvenile Court Procedural Rules Committee. She was recently elected to serve as School Board Director for the Brookville Area School District.
As a member of the Children’s Roundtable Initiative Legal Representation Workgroup, she helped develop and design affordable, accessible, and timely training for Guardians ad Litem across the state. She was a presenter for the Core Training for Legal Representatives which trained 350 Guardians ad Litem and Parent’s Attorneys across the Commonwealth throughout 2011.
Kerith received a Bachelor of Arts in Political Science from The Pennsylvania State University in 1996. After two years working in government affairs in Washington D.C., she enrolled at George Mason University School of Law and received her law degree in 2001.