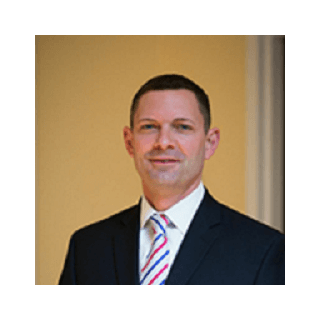 Kevin is an associate in the law firm of Mainetti, Mainetti & O’Connor, P.C. Kevin joined the law firm of Mainetti, Mainetti & O’Connor, P.C. , where he currently specializes in Personal Injury litigation, Civil Defense, Misdemeanor and Felony Criminal Defense. Kevin is a graduate of the University at Albany, where he received a Bachelor Degree of Arts in Economics. Subsequently, Kevin attended Albany Law School where he was the Third Year Class President and a member of a Trial Team that successfully won the Northeast Regional Competition in Rhode Island. Upon graduating from Law School Kevin worked with the firm of Harp & Harp. While at the family firm he practiced in many different areas of law, including commercial transactions, matrimonial law, family law, real property law and estate law. After four years in private practice, Kevin closed his private practice and accepted a position with the Ulster County District Attorney’s Office in December of 2004. During his time with the Ulster County District Attorney’s Office Kevin gained experience as a Trial Attorney prosecuting cases involving every facet of criminal law. After three years in the District Attorney’s Office, Kevin was promoted to Senior Assistant and the District Attorney tasked Kevin with the responsibility of managing the Ulster Regional Gang Enforcement Narcotics Team. In addition to his role with the County wide Task Force, Kevin supervised other attorneys in all drug cases handled within the District Attorney’s Office. During the course of his career as a prosecutor, Kevin tried over 20 felony cases. The cases Kevin has taken to trial have included charges such as murder (second chair), assault, gang assault, burglary, robbery, grand larceny, drug possession, drug sales, rape and criminal possession of a weapon. Kevin has successfully tried circumstantial evidence cases, a shooting case where the victim was not available for trial and a cold case burglary tria