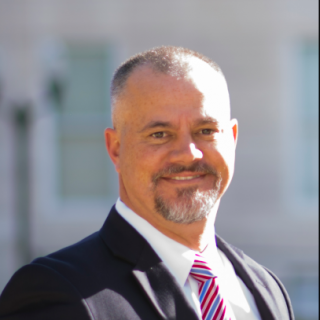 Attorney Kevin Humphries attended Stetson University College of Law before he started off his legal career serving as a felony prosecutor for the state attorney’s office of the 10th Judicial Circuit.

His history includes a widely diverse track record at both county and circuit court and in the state courts of the following counties: Dade, Hardee, Hillsborough, Highlands, Osceola, Pinellas, and Polk. Mr. Humphries has also litigated cases in federal court in the United States Middle District Court for Florida in Tampa.

Kevin Humphries has served as a partner in private practice for more than a decade. He opened Lopez & Humphries, P.A. in 2009 with fellow accomplished personal injury attorney Melodie López.

An active member of a number of different legal and bar organizations, Attorney Humphries is proud of many accomplishments. He was previously named as president of the Lakeland Bar Association, chair of the Grievance Committee for the 10th Judicial Circuit, a Teen Court judge, and president of the Polk County Criminal Defense Lawyers Association. He has also served as an adjunct professor of law at his alma mater, Stetson University College of Law.

Attorney Kevin Humphries has also been featured on a wide variety of television news programs and interviews shown across the country. Some of these outlets include The Lakeland Ledger, the Dr. Drew Show, Fox 13 News, NBC, The Orlando Sentinel, ABC Action News, and Bay News 9.

What Should I Look for in a Personal Injury Attorney?

Attorney Kevin Humphries describing what you should look for when choosing a vehicle accident or personal injury attorney.

Do You Have Experience With Trucking Accidents?

Do Clients Trust You to Refer Their Friends and Family?

Attorney Kevin Humphries thanking clients for referring their friends and families for their referrals.

After An Accident Should I Contact My Insurance Company? K30

Attorney Kevin Humphries' thoughts on if you should contact your insurance after an accident.

After An Accident, Do I Need To Seek Immediate Medical Attention?