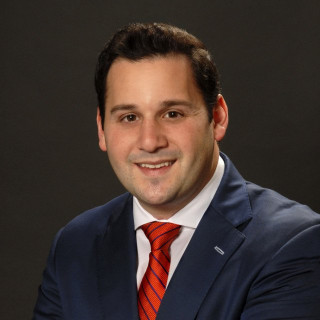 Mr. Stern concentrates his practice in complex civil and business litigation, medical malpractice and catastrophic injury. While in law school, he worked on several multimillion dollar cases, including a five month trial against the largest corporation in the world, ExxonMobil, resulting in a $150 million dollar verdict.

Mr. Stern volunteered his time working for the Maryland Office of the Attorney General, Health Advocacy Unit, where he specialized in health and healthcare related cases. Mr. Stern dealt with complex insurance issues and helped individuals with no means to mediate their claims with insurance companies and healthcare providers.

Mr. Stern attended Towson University, wherein he pursued two separate degrees simultaneously requiring a minimum of 18 – 21 credit hours per semester. He earned a B.A. in Business Administration with a concentration in law, as well as a B.A. in Electronic Business, all while graduating with honors.

Mr. Stern was recently nominated for the Daily Record’s “Twenty in their Twenties” award. This prestigious award is given to twenty individuals in their twenties, featuring Maryland up-and-comers who demonstrate success by or before the age of 30. Selected by the Daily Record staff, honorees are chosen on the basis of professional accomplishment, civic involvement and impact of achievement.

Mr. Stern has over eighty hours of mediation/dispute resolution training and is a certified mediator in the Stat