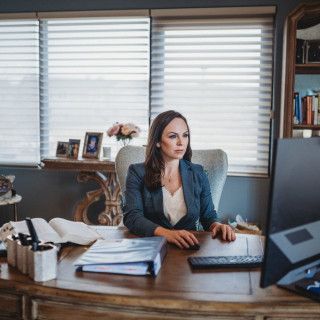 Kimberly Maher has lived and worked in Colorado Springs for more than 13 years. She graduated from Purdue University with a B.A. in Political Science. Kimberly then moved to Washington D.C. where she served as a legislative assistant for a Florida congressman. She worked on the House Education and Labor Committee and aided in the reauthorization of the Higher Education Act.

Kimberly then returned to Colorado and graduated from the University of Denver Sturm College of Law. While in law school, Kimberly served as President of the Student Trial Lawyers Association.

Kimberly worked for five years in two different Colorado jurisdictions as a deputy district attorney. During her tenure as a Deputy D.A. she was a member of the vehicular homicide team and prosecuted a wide range of criminal cases including but not limited to DUIs, traffic offenses, domestic violence, kidnapping, stalking, burglary, fraud and murder. As a former prosecutor, Kimberly understands what you are up against and will passionately advocate on your behalf to protect your rights and your future. Kimberly currently resides with her husband Joe and their sons in Colorado Springs.