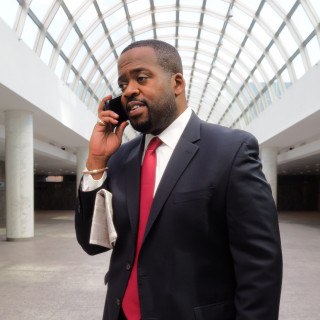 Poulson Law PLLC, founded by Long Island native, Kiyam J. Poulson, Esq. and based in Uniondale, New York, is officially open for business. Endeavoring to serve the greater New York community with quality legal representation, Poulson Law PLLC’s areas of practice will include Real Estate including Foreclosure Defense, Eviction/Landlord Tenant and Closings, Business including Formations, Contracts, Copyrights and Trademarks and Estate Planning including Wills, Probate, Administrations, Living Wills and Powers of Attorney. His career has largely involved these practice areas.
The Founding and Managing Member, Kiyam J. Poulson, Esq., is an attorney with 20 years of experience and is recognized by his peers as one of New York's brightest attorneys in his field. Mr. Poulson is a well-respected former Senior Managing Attorney for several of New York’s top financial services law firms primarily serving financial institutions, mortgage lenders/servicers and small businesses.
Mr. Poulson was born in Rockville Centre, New York to parents James and Sharon Poulson. As a pre-teen, Kiyam and his parents moved to the culturally diverse, working-class neighborhood of Freeport, New York. After graduating from Freeport High School as President of his class, Kiyam was accepted to The Wharton School of the University of Pennsylvania where he received a Bachelor of Science degree in Economics with a concentration in Entrepreneurial Management. While at Penn, Kiyam was honored as one of the Universities' Top 100 Cultural Elite. Thereafter he obtained his Juris Doctorate from Hofstra University School of Law in Hempstead, New York.
After admission to the New York State Bar, Kiyam also was admitted to Federal practice in the Eastern, Southern, Northern and Western Districts of New York. Kiyam has been a Managing Associate at several top tier New York foreclosure firms where he has orally argued and won on appeal in the Appellate Division, Second Department.

Maurice A. Deane School of Law at Hofstra University
J.D. (1999)